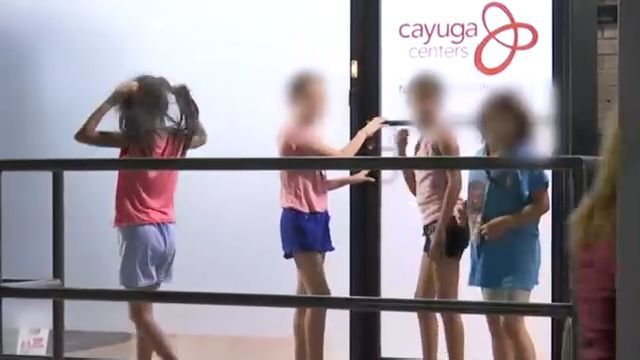 City Council members were told Thursday that 350 migrant children taken from their parents at the border were sent to the New York area, but that only 12 have been reunited with their families, all of them under the age of 5.

A court order requires all children be reunited with their families in the next two weeks but city officials and immigration advocates expressed doubt that will happen.

"There’s no plan and one of the things we talk about an having been saying is we want family is reunited soon as possible but we want to plan," said Monsignor Kevin Sullivan, Executive Director of Catholic Charities of the Archdiocese of New York.

The hearing on the Trump administration's separation policy often turned emotional. The city’s Commissioner for Immigrant Affairs Bitta Mostofi broke down in tears at the end of her prepared remarks.

"As the daughter of an immigrant, as the mother of a two-year-old and as a U.S. citizen, it is been a hard several weeks," Mostofi said.

The commissioner said Trump administration officials from the department of health and human services last spoke with city officials on June 15 — and have refused to answer any request for information since then.

City officials and agency heads described the reunification process as haphazard, unorganized and chaotic. And there are many unanswered questions such as what will happen to the dozen border children under the age of five who remain in the city? Their parents are no longer in the country or they did not pass a background check required to take custody.

"America hasn’t been perfect in the past, we’ve had gross injustices against whole classes of people but Come on. This is un American, it’s un-Biblical the way we are treating people. And this is just unacceptable," Sullivan said.

Council members were told that one child was informed one day he would be reunited with his parents only to have federal authorities call close to midnight to say it would not happen.

"Clarity is missing, process is missing, and transparency is missing," said Mario Russell, Director of Immigrant and Refugee services, Catholic Charities of the Archdiocese of New York.

When asked what New Yorkers who want to help can do, Cayuga Centers says it needs books and toys and Lutheran Social Services says it needs gift cards to give families to get set up in the days after they’ve been reunited.