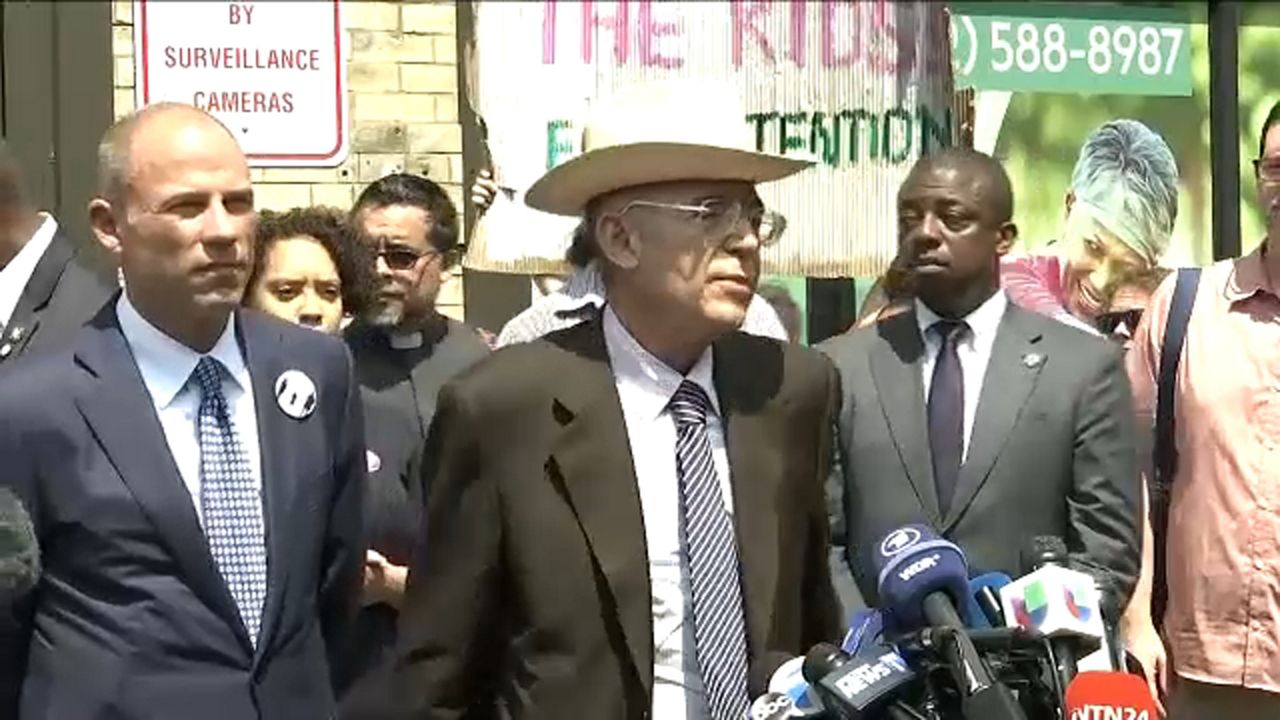 Police stood outside the East Harlem Cayuga Centers facility, where lawyers for an immigrant family from Honduras said Wednesday that they were denied access to two young sisters inside even though the social services organization previously gave permission to see them.

Avenatti is better known for representing adult film star Stormy Daniels, who is suing President Trump to break a non-disclosure agreement about their relationship.

He appeared Wednesday representing Hector and Denise Tejada-Santos, who fled Honduras with their three daughters to escape violence.

"You want to know the lengths that they will go to keep these children from their parents?" Avenatti said. "You've witnessed it here today: Now they're not even allowing attorneys to meet with the girls."

Hector and one daughter arrived at the border in January. He was processed, given an ankle monitor, and released.

But his wife and their two other girls arrived in June, after President Trump's policy of separating children from parents crossing the border illegally took effect. She is being held in Texas and the two girls were brought to the city.

The lawyers said they were to deliver the girls a letter from their mother and check on their welfare, but were told to leave after waiting an hour.

This came a day after the Trump administration missed a court deadline to reunite all 102 migrant children under the age of five separated from their families at the border.

"Why is nobody going to jail for what has happened and what they continue to do? So we need to have people understand there are consequences," activist Ravi Ragbir said. "Because they will say it was their job but they are doing this deliberately. And history is repeating itself."

NY1 reached out to the Cayuga Centers for a comment but did not receive a response as of the time this story aired.

Meanwhile, Avenatti said he plans to seek a court order to try and see the girls once again.