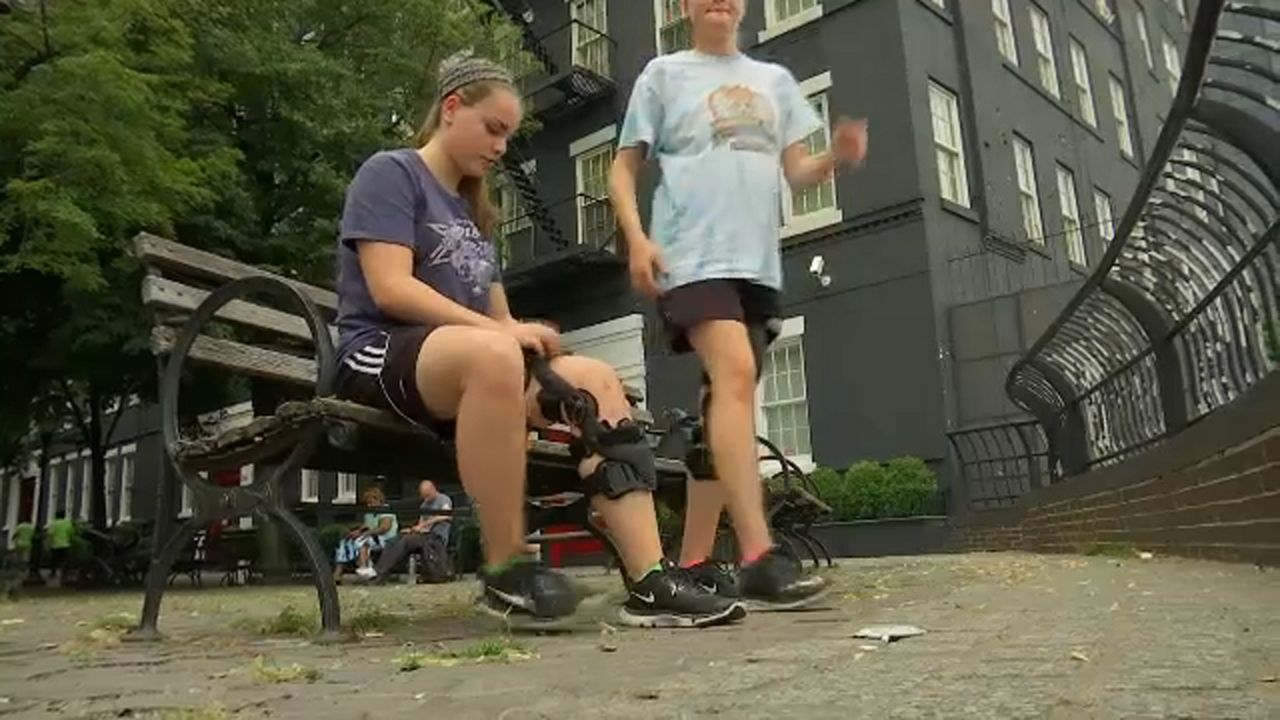 Just four months after her sister Nicole tore her anterior cruciate ligament, or ACL, Danielle Svantner did too, also during a soccer game.

"There were like four minutes left in the game, my team was up by like 3 points," said Danielle. "My cleat locked into the turf and I twisted my knee, and it popped two times."

Youth sports are increasingly more competitive. As a result, the American Academy of Pediatrics says each year more and more kids are tearing their ACLs.

Boys aged 17 and 18 have significantly higher rates of tears than girls, but girls six to 16 years old surpass boys in tears.

"They tend to have slightly more flexible ligaments, more flexibility. There is slightly more tendency to have knock knees, a broader space between the hips," said Dr. Daniel Green, a pediatric orthopedic surgeon at the Hospital for Special Surgery.

Experts, like Dr. Green, say there is a way to slow this growing trend of ACL tears. Athletes can be taught how to move differently, preventing the injuries from ever taking place.

Russomano helps train coaches and their teams to move better and safer. This summer he's working with the City Department of Youth and Community Development summer football teams.

"The brain is a creature of repetition. So when the more we do it and it becomes more repetitious to them it becomes easier to them so we do it without thinking, it's just natural," said youth football coach and activity specialist Davon White.

"ACL prevention programs can be really effective in decreasing the rate of ACL tears in the 30-40 percent range," according to Dr. Green.

Danielle too was trained how to move better after her reconstruction surgery. A year later the 14 year old is back on the soccer field.

"I feel much more secure about everything. I know how to control things now. I'll be ready for High School hopefully," said Danielle.