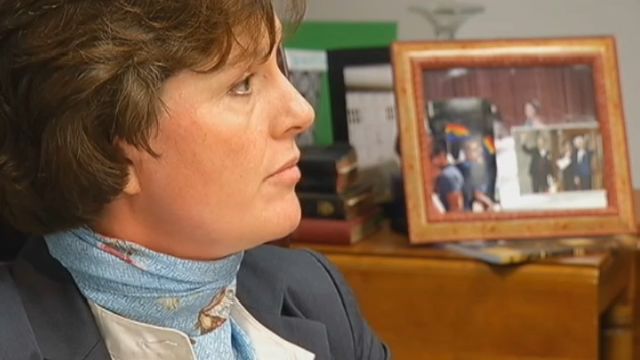 Stephanie Miner, an ex-Syracuse mayor and former ally of Gov. Andrew Cuomo, announced Monday that she is running for governor as an independent.

"I think that the system is broken and the only way to fix it is from the outside," Miner said in a phone interview. "We've seen both party establishments collectively shrug their shoulders at the rampant corruption."

Miner, a 48-year-old registered Democrat, said she is launching her campaign to disrupt what she referred to as Albany's "corrupt political culture," echoing sentiments voiced by other candidates seeking to keep Cuomo from winning a third term.

Miner tweeted the article about her campaign along with the statement, "The price of politics as usual and the cost of corruption is weighing us all down. That's why I'm running for Governor—not as a Democrat, not as a Republican, but as a citizen of New York. Join me and let’s build a better NY together. #MinerForNewYork"

The governor may now face a four-way race in November. Cuomo has secured the Democratic Party nomination, while Nixon has already won the nomination of the Working Families Party, meaning she could stay on the ballot in the general election. Miner, a former top official in the state Democratic Party, plans to circulate petitions to appear on the November ballot under a new party line, the Serve America Movement.

Molinaro welcomed Miner to the race, saying she has been an outspoken critic of what he called "Cuomo’s reckless administration" of the state. Nixon said Miner's entry "shows the extent of New York's disgust with Andrew Cuomo's corrupt boys club."

Miner served two terms as mayor of Syracuse from 2010 to 2018. Dealing with her city's crumbling infrastructure — Syracuse averaged one water main break per day during 2014 — helped convince her that restoring the state's highways, bridges, water systems and subways should be New York's economic development engine, and not Cuomo-backed programs "that make these big announcements on job creation and go nowhere."

The comment was a dig at Cuomo's economic development policies that are increasingly coming under fire amid high-profile corruption trials stemming from bid-rigging allegations made against former public figures who were close to the governor. Cuomo has not been accused of any wrongdoing.

Cuomo, first elected in 2010, and Miner were allies early on, with the governor appointing her a chairwoman of the state Democratic Party during his first term. Their relationship soured when Miner objected to Cuomo supporting municipalities borrowing to cover public pensions instead of getting more aid from the state to cover local costs.

Miner has some catching up to do when it comes to campaign fundraising. That has not kept her from jumping into a race in which Cuomo has more than $30 million in his war chest and Nixon, who announced her candidacy in March, has $1 million. Miner has $200,000 in funds leftover from her mayoral campaigns.

"I became mayor because I wanted to solve problems, help people," Miner said. "That's what I want to do as governor."