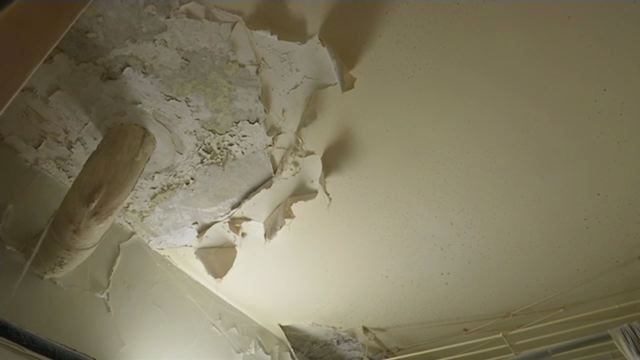 NYCHA settlement will cost city $2B, appoint a federal monitor

The city has reached a $2 billion settlement with federal investigators to repair deplorable conditions at the city's public housing apartments.

The investigation has been going on for years.

OVER HOW LONG WILL THE MONEY BE PAID OUT?

The amount agreed upon is in addition to what the city is already spending on New York City Housing Authority (NYCHA) housing.

The first billion will be paid out over the first four years, with the remaining billion paid in the years that follow.

"This is not just a short-term solution that kicks the can down the road. After the first four years, the city has committed to providing $336 million per year in capital funding through 2027," United States Attorney for the Southern District of New York Geoffrey Berman said Monday. "Today marks the beginning of the end of this nightmare for NYCHA residents."

The Department of Housing and Urban Development will contribute $300 million per year for four years, and the state has pledged $550 million for repairs and improvements.

A FEDERAL MONITOR WILL BE APPOINTED

The deal also calls for the appointment of a monitor to indefinitely oversee the housing authority.

From the chairman of the City Council's Oversight and Investigations Committee, who could hold hearings on the allegations laid out in the federal complaint about NYCHA. https://t.co/zuzMA1nXVP

Gov. Andrew Cuomo originally appointed a state monitor that was also expected to oversee NYCHA, but that monitor has been rescinded, giving deference to the federal monitor.

But it may be quite some time before the federal monitor is appointed, as it has to go through the judicial process.

ACCUSATIONS OF MISMANAGEMENT AND CONCEALMENT

The accusations stemmed from an investigation that found widespread mismanagement at NYCHA, which has received thousands of complaints each year about broken elevators, insufficient heat, mold, and infestations of rats and cockroaches.

The payment will settle claims that NYCHA used dirty tricks like building fake walls to hide problems from inspectors and lied about lead paint conditions to mask risks to low-income residents and their children, federal prosecutors said.

The U.S. Attorney's Office called it a cover-up culture, one that since 2010 or 2011 failed to provide safety.

Mayor Bill de Blasio called the settlement a "dramatic step" and a "turning point for our public housing system."

The settlement came in response to a civil complaint that zeroed in on what it portrayed as the agency's indifference to the risk of lead paint poisoning children, saying, it "knows that there is lead paint within apartment units in roughly thirty percent of its developments, but has failed — and continues to fail — to protect its residents from that paint when it peels and crumbles." Between 2010 and 2016, there were 19 confirmed cases of lead poisoning of children exposed to paint in public housing apartments, with hundreds more testing above safe levels for lead, it said.

Mayor de Blasio says he stands by his earlier statement that no harm was done to any child because of problems at NYCHA. From the @SDNYnews complaint: "Children have been harmed as a result of NYCHA's failures."

Former agency officials from Brooklyn and the Bronx told authorities that workers would shut off an entire building's water supply just before inspections to keep them from finding leaks, the complaint said.

Other times, signs reading "Danger: Do Not Enter" were posted on basement doors to keep inspectors from discovering dangerous or unsanitary conditions, it said. A former maintenance worker reported that NYCHA staff also would build false walls out of plywood just to conceal other dilapidated conditions, it added.

The problems were the result of "management dysfunction and organizational failure, including a culture where spin is often rewarded and accountability often does not exist," the compliant said.

"When I saw the federal complaint it made me angry as all hell," Mayor de Blasio says. "It disgusted me. It's unacceptable."

The Justice Department is not pressing charges, though it reserves the right in the future.

The housing agency's annual operating budget is $2.3 billion for public housing where nearly 400,000 low- and moderate-income residents live. Tenants pay an average of $522 a month in rent, with the U.S. Department of Housing and Urban Development subsidizing the rest.

In April, NYCHA Chairwoman Shola Olatoye stepped down amid increasing public scrutiny of her tenure over the lead paint and heat issues.

"We're hopeful with the federal monitor and the funds available that they're going to be able to right the ship," Berman said.

DE BLASIO OFFERS AN APOLOGY WITH A CAVEAT

In a press conference responding to Berman's press conference on the settlement, de Blasio called NYCHA's dilapidated conditions a long-standing issue that has been a problem in previous administrations as well.

The mayor said allegations of NYCHA lying and trying to cover up the conditions will be investigated, but the mayor wouldn't let the deputy mayor overseeing NYCHA explain what she knows:

"We are not here to rehash each and every step of the past," de Blasio said.

Mayor de Blasio arguing that his administration took a different approach with public housing and committed to new investments. Yet the federal complaint today shows a broad pattern of false statements and deceit on his watch regarding lead paint inspections and repairs.

"A trial is an option. We made a choice," Mayor de Blasio said, pushing back against the idea that the city was *forced* to sign onto this settlement agreement with @SDNYnews. "We thought this was the right thing to do."

De Blasio also said the federal monitor may ultimately usher in more federal money for the city's public housing agency. He said his hand-picked team will remain in charge, however.

The mayor apologized to the 400,000 New Yorkers living in NYCHA properties — although that apology came with a caveat.

City Hall said it is investigating who lied, but the mayor wouldn't let the deputy mayor overseeing NYCHA explain what she knows:

"We are not here to rehash each and every step of the past," de Blasio said.

The mayor said the issues at NYCHA reflect problems in the culture of problems of employees there, as well as a lack of federal funding.

Berman disagreed. "These problems exist, these conditions exist not because of any loss in federal funding, but because NYCHA was a dysfunction operation and is fundamentally flawed and engaged in a culture of false statements and concealment," he said. "That's recognized today. Even the city and NYCHA itself recognize its own failings because they agreed to the appointment of a federal monitor with broad powers."

De Blasio said NYCHA may not need more private sector funds; he said more taxpayer money may start flowing from Washington to the city if Democrats regain more control of the federal government.