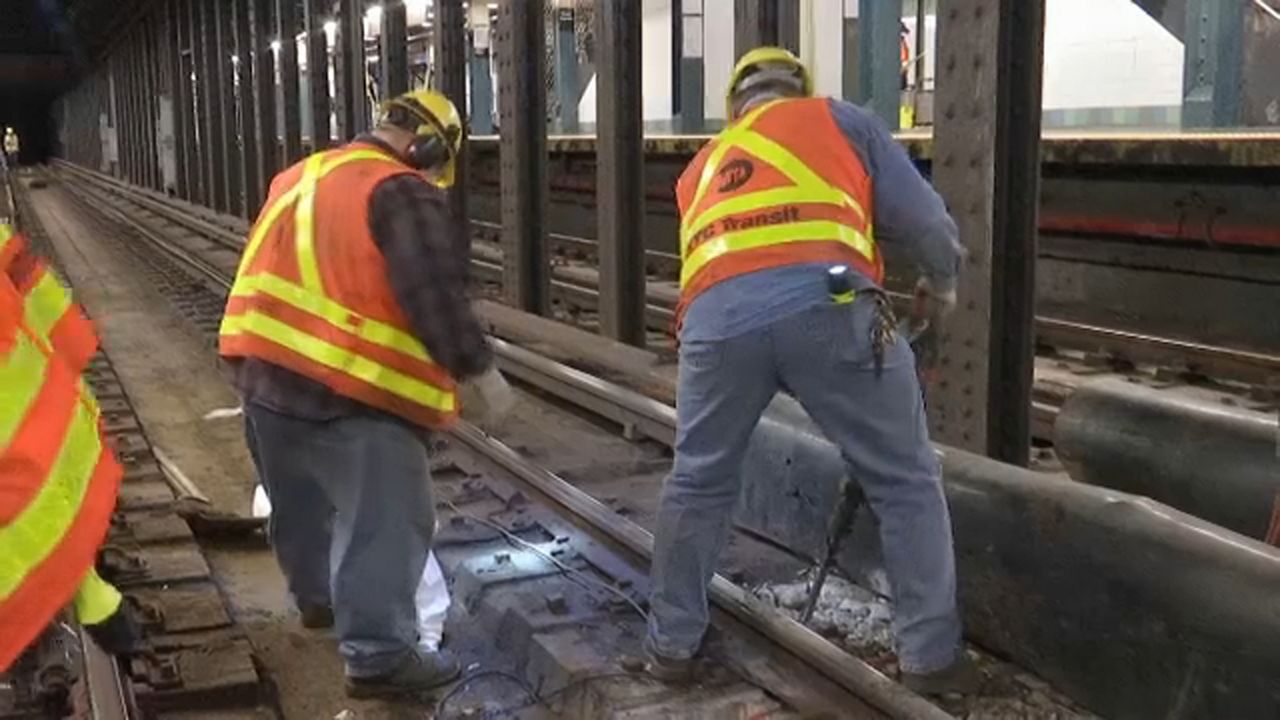 "Transit is in a trough right now, but we can and we must come back," Byford said.

But now comes a sizable hurdle: Convincing politicians to bankroll the multibillion-dollar fix.

MTA board members and transit advocates spoke enthusiastically about the heart of the plan: Accelerating the modernization of subway signals to increase capacity and cut delays.

"Finally, we are getting a response to the overwhelming need to transform our transit system," MTA Board Member Veronica Vanterpool said.

"It doesn't just get our system back into a state of good repair, but moves us into the future, moves us to a modernized subway," said Jaqi Cohen of advocacy group Straphangers Campaign.

But the proposal quickly got tangled in the feud between Mayor Bill de Blasio and Gov. Andrew Cuomo, who battled for months over paying for $840 million in quick subway fixes announced last summer.

De Blasio, who argues the city already pays its fair share for the subways, said Wednesday that the city "is not willing to pay for Mr. Byford's plan."

"The funds would come from the city and the state," the governor said. "I heard the city said they wouldn’t put in any funding — I read. If that's the case, then the real problem is you're not going to be able to do anything significant to fix the subways."

Cuomo also said he was "not wed" to the approach outline by Byford and its cost.

"We're going to have to be able to convince all sides how important it is to make sure that the New York City Subway system is up and running," MTA Chairman Joe Lhota said.

Something that hasn't been a sure thing in recent years, as the subway has plunged in reliability, putting riders in a crisis from which they need a way out.