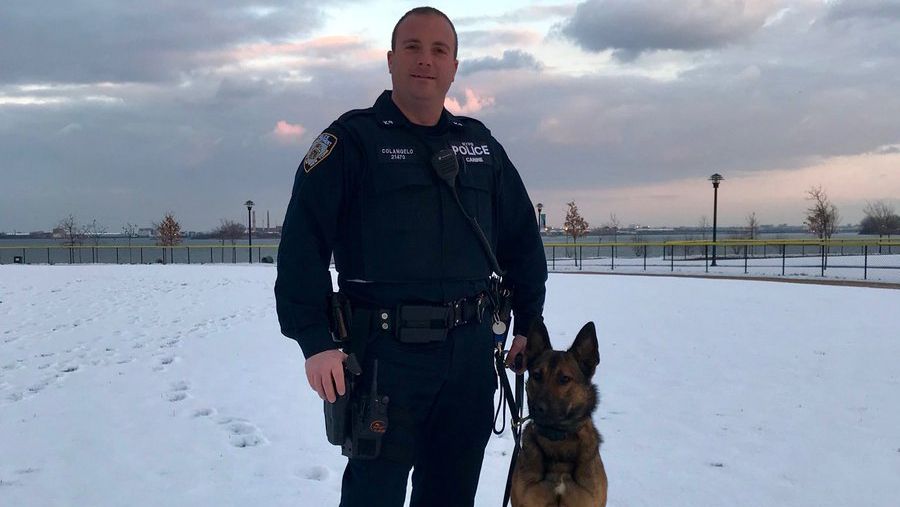 Michael Colangelo was one of the two officers killed in the crash. (Courtesy Twitter/@NYPDSpecialops)

Two NYPD officers have died after they crashed a car following a wedding upstate, police said.

Officials said 39-year-old NYPD Det. John Martinez was driving a rented Maserati that struck a tree and flipped over around 11:30 p.m. Sunday in the Ulster County town of Shandaken, about a mile away from where the wedding reception took place earlier in the day.

Martinez and the 31-year-old groom Michael Colangelo — who was also in the car and was an NYPD officer — were pronounced dead at the scene.

A third person, who was in the back seat, was taken to a local hospital with non-life-threatening injuries. Police said that person is not a police officer, and was not the bride.

State police said speed may have been a factor. They are investigating the exact cause of the crash. Police said they are awaiting autopsy and toxicology results.

Both men lived on Long Island and previously worked together in the NYPD Special Operations Division. Colangelo was mostly recently working in the K-9 unit.

Martinez was most recently assigned to the 84th Precinct in Brooklyn. Purple and black bunting was draped in his memory outside the precinct Monday.

Investigators said they briefly spoke with Colangelo's new wife and said she was stricken with grief. On the couple's wedding registry website, it reads that they planned to visit Costa Rica on their honeymoon.

Image above of Colangelo courtesy Twitter/@NYPDSpecialops