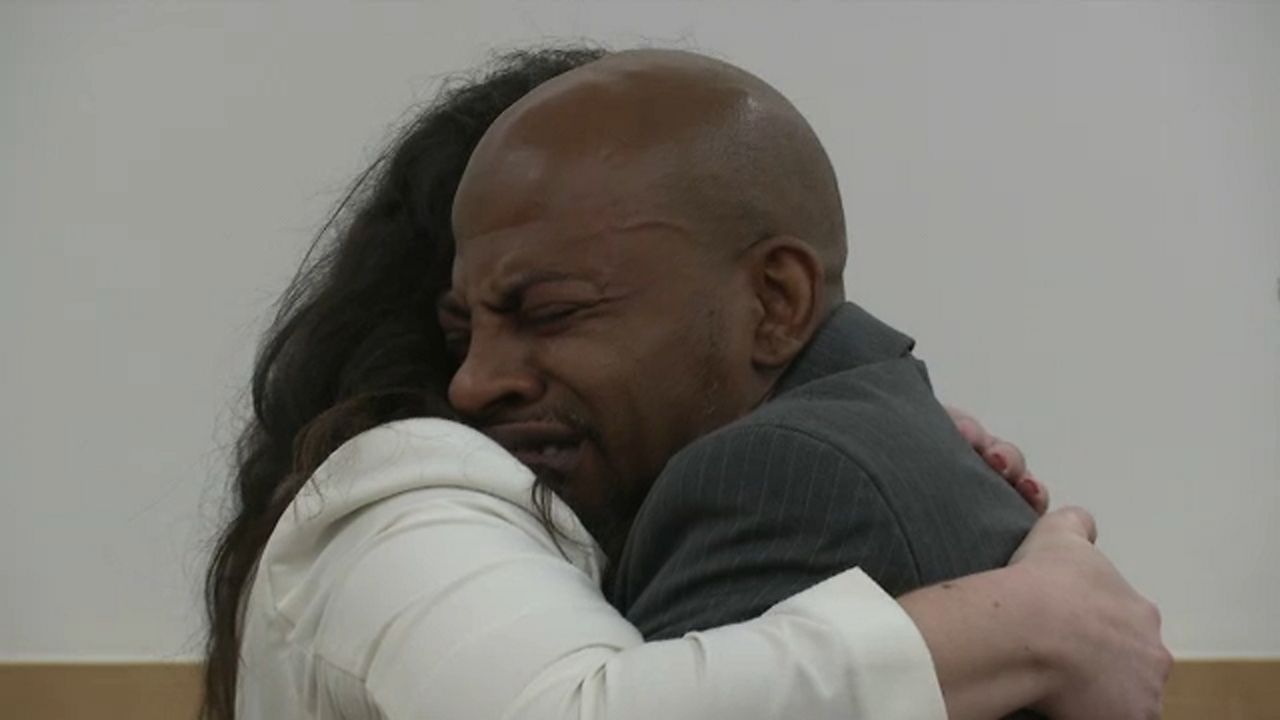 Man exonerated after 17 years behind bars for NYC murder conviction

Like a caring mother figure, Judge ShawnDya Simpson held the hands of a tearful John Bunn on Tuesday and fully exonerated him of murder charges.

Bunn was only 14 years old when he and another teen were charged and convicted of murdering an off-duty correction officer. Bunn said he did 17 years behind bars for a crime he didn't commit. An emotional Judge Simpson said the justice system was clearly broken in Bunn's case.

"In one day they picked a jury, they had openings, they had witnesses, and a conclusion on a murder trial which I do not consider justice at all," Simpson said.

A lot of blame for this case falls on the head of disgraced retired NYPD Det. Louis Scarcella.  He has been accused of framing dozens of Brooklyn men in the 1990s for crimes they didn't commit.

"The onus had a lot to do with Scarcella, and unfortunately he affected your life and the life of many," Simpson said.

Bunn had been out of prison on parole for more than a decade, and in 2016 he successfully fought for a new trial. At his court hearing, the Brooklyn district attorney's office simply said it was not able to proceed with the case and would not retry Bunn for the murder. That lead to his full exoneration — a bitter sweet moment for Bunn, who is now 41 years old.

"You all convicted and had a wrong man in prison, and you all still have somebody on the loose that killed someone," Bunn said, professing his innocence to prosecutors. "I didn't deserve any of that stuff that you all did to me."

His co-defendant, Rosean Hargrave, will not be retried either. Bunn said the real murderer could still be on the streets.

Bunn's lawyers from The Exoneration Initiative said prosecutors and police should have apologized.

"It would be nice to have that stated to him so that he could really feel fully vindicated, but we don't have that and it is unfortunate they didn't go there," said Glenn Garber, the director of The Exoneration Initiative.

Bunn said his main objective now is to help other people, especially young men. He said he wants to motivate them to make positive choices in their lives.

He started an organization called A Voice 4 the Unheard. Clearly, he wants everyone to hear about what the justice system did to him.