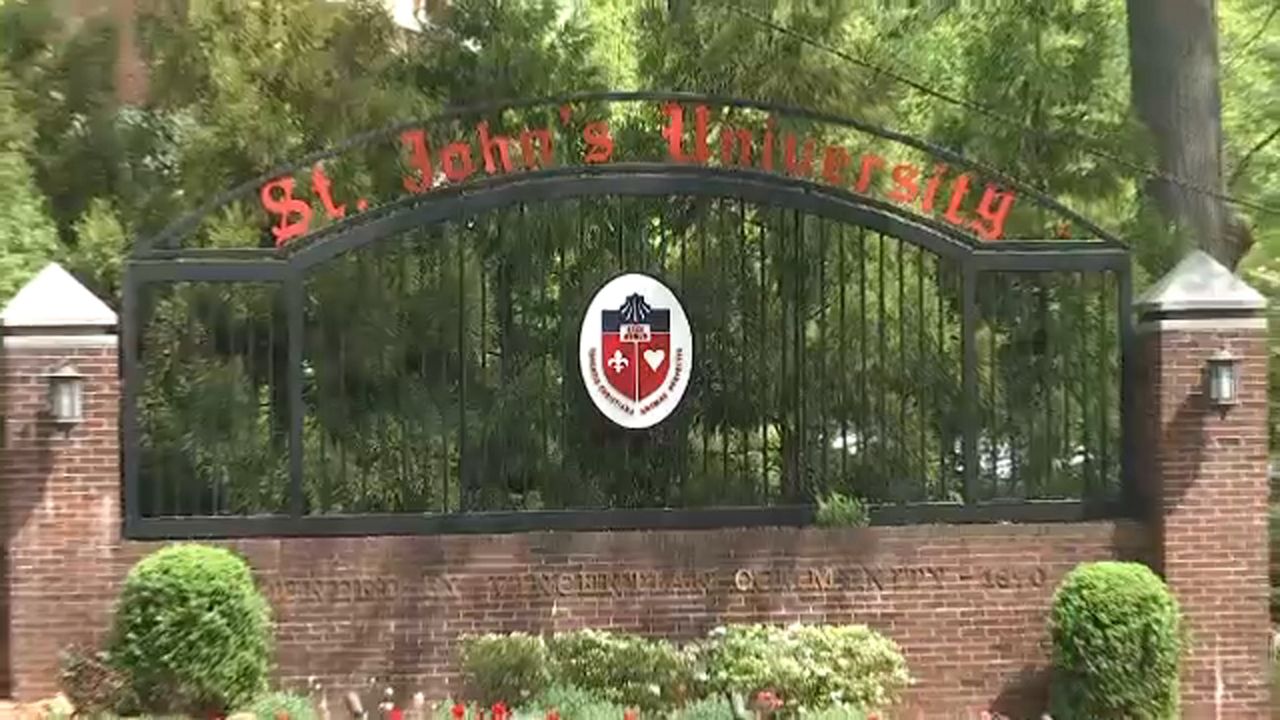 Student says she was harassed at St. John's University after complaint over another student posting racist photo

A picture appeared on the Instagram account of a St. John's University student from its Staten Island campus last month.

"I felt insulted, and most of all, scared. Because as a black person on this campus, I feel like if that's what they feel privately, what would they do in my face?" said St. John's University student Myrakel Baker.

Sources say a student rushing for the Phi Eta Chi sorority reposted the doctored image, created by a male student, and added the sorority's signature phrase "buzz buzz" as a nod to its mascot.

The picture, students say, was up for days until it was finally taken down, and the student's private Instagram account deleted.

St. John's officials say they began an investigation on April 18, and a week later sent an e-mail blast to students that read, in part, "…this type of behavior goes against the values that the University stands for. It is unacceptable and will not be tolerated."

But Baker wants the school to do more. "The racial climate on this campus is very stifling, to say the least," she said. "When you walk into the room and you're a minority, you don't feel like you're welcomed or comfortable at all."

But they say diversity is an issue they're working on, having formed a diversity and inclusivity task force two years ago to address the problem.

Since word got out that Baker is behind a complaint about the offensive post, she says she's been harassed by students and teachers on campus.

She points to a second incident she says took place at a school talent show, when she says students shouted racist names at her and her friends in front of administrators.

She filed a second complaint, this time charging racial bias at the school. Those claims are being investigated by a lawyer hired by the university:

"The main thing is that the school needs to acknowledge the issue and acknowledge that this situation is happening," said Taj Ellis of the Staten Island chapter of the NAACP.

One of the students involved with the Instagram post is no longer enrolled, and the school says a second will likely leave at the end of the semester.

The sorority is still under investigation. As that happens, its activities have been restricted.