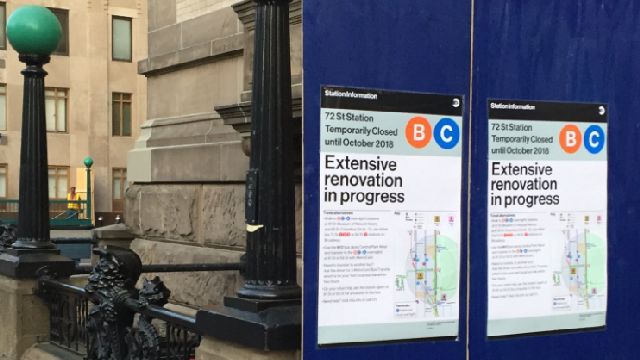 NEW YORK - The 72nd Street subway station along the B and C lines has officially shut down for repairs.

It's all part of the MTA's controversial program to renovate stations.

During the work, the station will get new entrances, digital display boards, lighting and be waterproofed.

It's not expected to reopen until October.

B and C riders can walk to neighboring stations on those lines at 81st or 59th streets - or go a few blocks west to stops on the 1 line at 72nd or 66th streets.

The MTA last month trimmed 13 stations from its list of more than 30 that were going to be remodeled as part of the nearly one-billion dollar program, which has been criticized for its lack of accessibility upgrades.