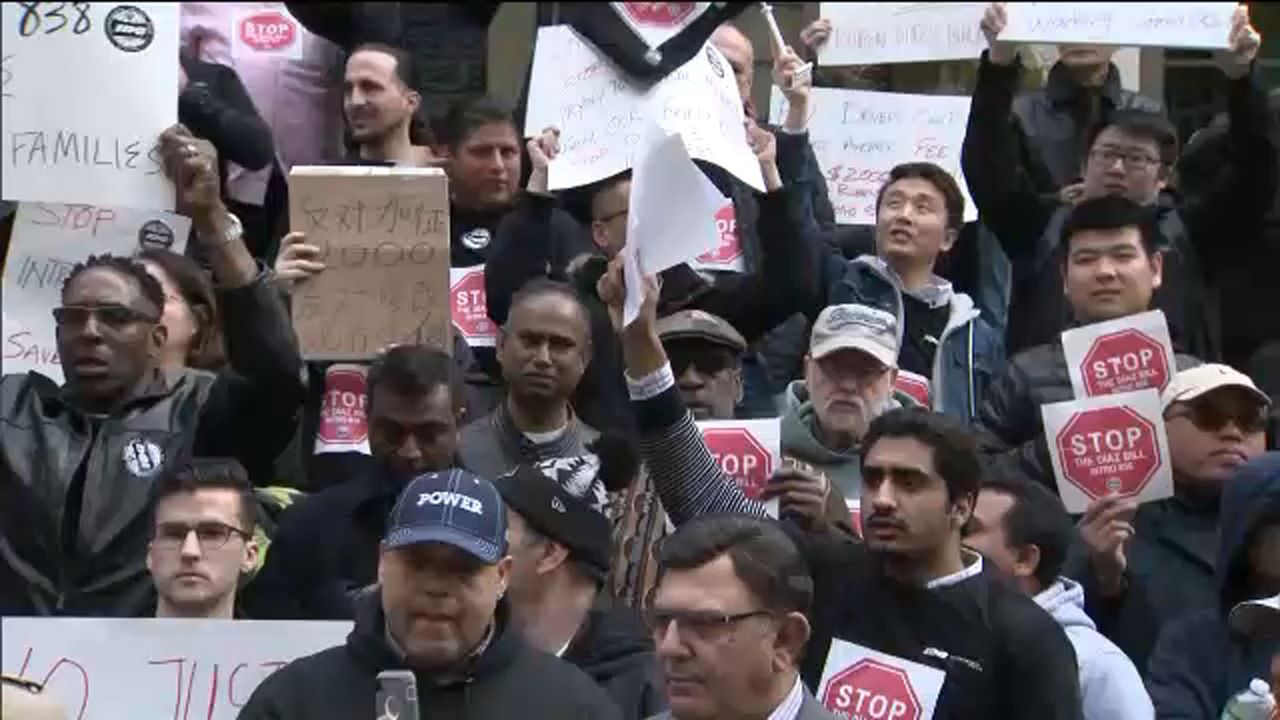 Yellow cab drivers call it a sign of hope, while app-based drivers say it would destroy their livelihoods.

A bill proposed in the city council would impose a yearly tax of $2,000 on drivers who work with services like Uber and Lyft.

It would also limit drivers to working for only one company or app.

Hundreds of app-based drivers rallied against the bill at City Hall on Monday.

They said the tax would be unaffordable, and that the proposed rules would create more delays and longer shifts.

Jim Conigliaro, founder of the Independent Drivers Guild, one of the groups organizing against the bill, joined us to talk about it.