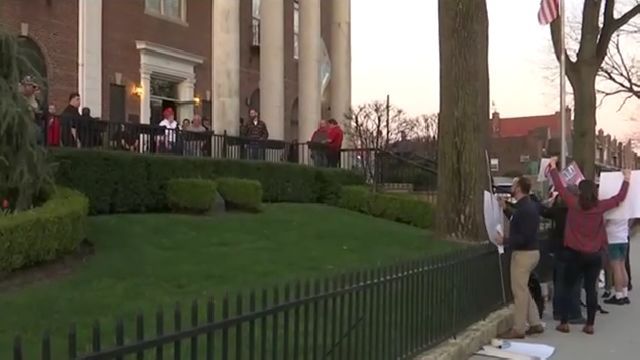 The event, which was originally scheduled for April 12, was held by the Brooklyn Friends of the NRA at a Knights of Columbus meeting hall in Dyker Heights.

The event was canceled twice before after two prominent Brooklyn venues backed out amid protests from anti-gun groups.

Protesters found out about the event just two hours before it was slated to happen.

People from both sides of the isle say they have every right to fight for what they believe in.

"They can do their thing but we're here to say that wherever the NRA tries to raise money, within the legal limit, we will be there to protest because what they represent makes us sick," said one protester.

Brooklyn Borough President Eric Adams and Council Member Justin Brannan released a joint statement, saying, "We are disappointed to learn of an NRA fundraiser in Dyker Heights. The NRA does not value the safety and security of our neighborhoods. It is no friend to Brooklyn."