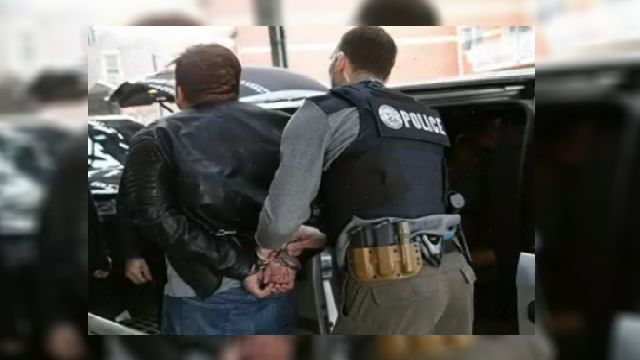 Federal immigration officials said Wednesday that they arrested 225 people throughout the city, Long Island, and the Hudson Valley last week, some of whom they said can be immediately deported.

The arrests took place during what Immigration and Customs Enforcement (ICE) called "Operation Keep Safe," from April 9 to last Saturday.

Federal immigration agents said they arrested 46 people in the Bronx, 44 in Brooklyn, 40 in Queens, 25 in Manhattan, and eight people on Staten Island.

129 of the 225 people arrested had prior felony convictions for serious or violent offenses, such as child sex crimes, weapons charges, and assault, or had past convictions for "significant or multiple misdemeanors," according to federal immigration officials.

"So yes, removing that person, that individual from the United States, yes, that makes the city safer," said Thomas Decker, the New York Field Office Director for Immigration and Customs Enforcement.

32 had been issued a final order of removal and failed to depart the United States, and 48 had been previously removed from the country and returned illegally, officials said.

Those with outstanding orders of deportation can be removed immediately, federal immigration officials said.

Some advocates are citing concerns that people charged of crimes but not yet convicted — 52 in this batch of arrest — are being detained and are not getting their day in court.

"No one is disputing immigration agents' ability to detain and apprehend people who threat violent harm," immigration attorney Cesar Vargas said. "We pride ourselves as a nation of laws, and if we can't follow by the presumption that someone's innocent before the court and the ability to make their case, then it's an alarming slippery slope for immigration to pretty much detain anyone and eventually violate the Constitution."

Yatziri Tovar, a media specialist who works with immigrants through the group Make the Road New York, said the wave of arrests targeting undocumented immigrants has left people terrified.

Advocates say the arrests reflect President Trump's get-tough policy toward the undocumented. Under President Obama, ICE prioritized finding those with violent criminal records, and people who recently entered the country illegally. But now, federal immigration agents have more freedom to go after any violators of immigration law.

"So this is really what we are seeing — a no-man's land where people can be picked up no matter who you are, whether you a violent criminal, a terrorist, or a grandmother who is just there and providing for their family," Vargas said.

Vargas cites five people he said were arrested last week when ICE agents knocked on their door, looking for someone else who didn't even live there.

"Of course that's going to happen," Decker said. "We're going to take them in as well if they are removable and they're a threat."