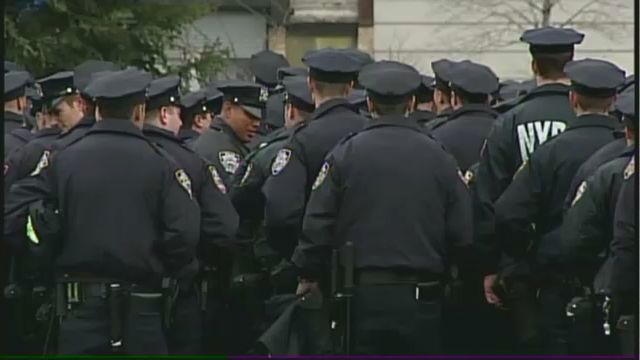 The information includes the full names, ranks and command posts of officers, and why they were disciplined from 2011 to 2015.

The NYPD had removed the records from public view in 2016 under a state secrecy law.

The department had tried to block Buzzfeed from releasing the data.

Now it says officers are at risk for retaliation over potentially unfounded allegations.

"BuzzFeed was made aware that the release of this data in this way would violate the terms and provisions of 50A - they are aware that doing so, releasing their names and their tax numbers and commands where they work - would potentially endanger the safety of police officers and they did it anyway," said Deputy Commissioner Kevin Richardson.

Buzzfeed found that more than 300 officers received slaps on the wrist for serious offenses like excessive force or lying under oath.

An anonymous source shared the information with the website.

The NYPD is now trying to find the source of the leak.