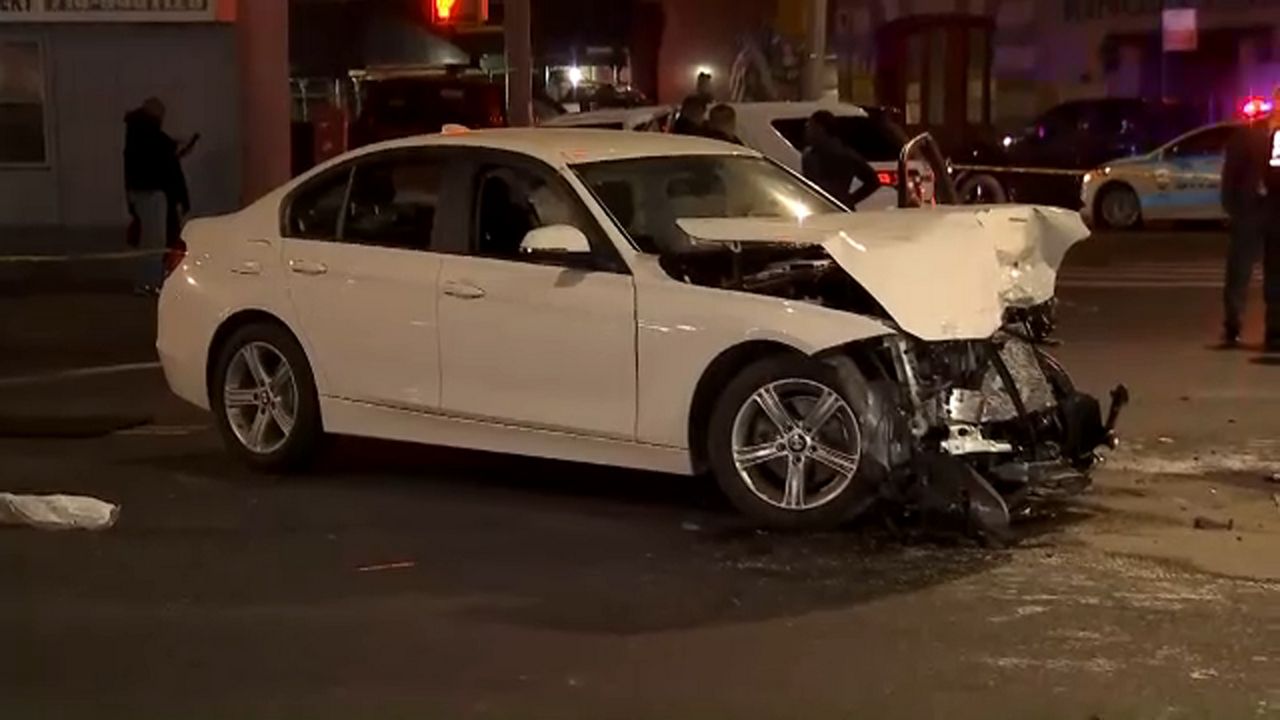 A man was arrested Saturday morning in connection to a Friday car crash that left eight people injured in Brooklyn, the city police department said.

It happened around 9 p.m. near the intersection of Flatbush Ave. and Farragut Road in Flatbush.

David Olivier, 27, is charged with driving while intoxicated and refusing to take a breathalyzer test.

In the upper-left corner of the surveillance video above, you can see a car slamming into another vehicle.

It appears to then barrel onto a curb, striking multiple pedestrians.

According to the NYPD, four of the people injured in the incident were in a vehicle and at least four others who were injured were pedestrians.

Police said that everyone who was injured is expected to survive.