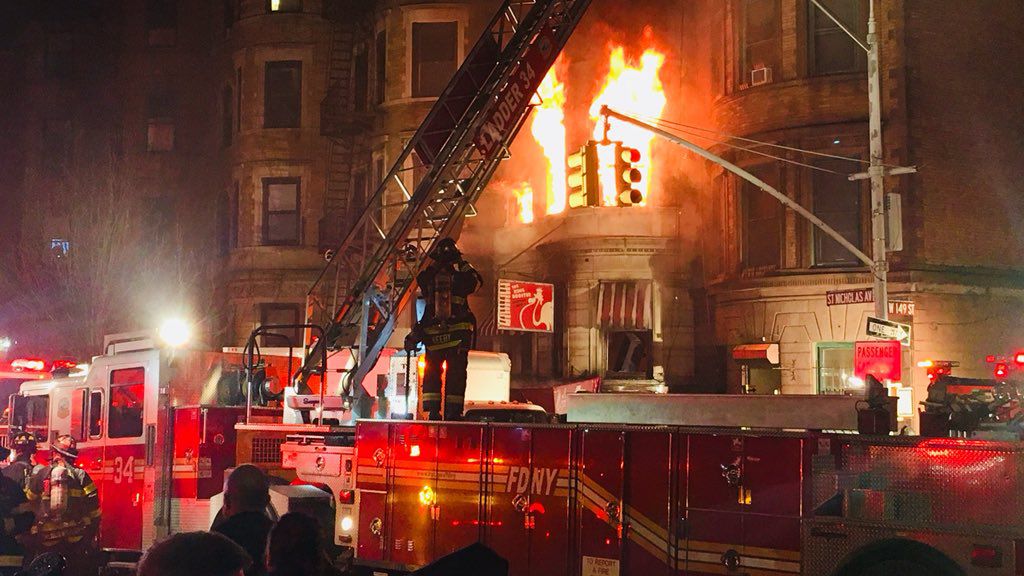 FDNY probes cause of Harlem fire that killed 15-year veteran

NEW YORK - An investigation is underway after a city firefighter died early Friday morning while battling a massive fire in Harlem.

The FDNY says 37-year-old Michael Davidson was a 15-year veteran of the department.

The FDNY says a call came in shortly before 11 p.m. Thursday for a fire in the basement at 773 St. Nicholas Avenue, near 149th Street.

The building is the former home of the jazz club St. Nick's Pub. The building was being used earlier to film the movie "Motherless Brooklyn" but was unoccupied at the time of the fire.

Fire Commissioner Daniel Nigro said Davidson was the nozzle man of Engine 69, the first engine company to arrive at the scene of the fire.

Firefighters were forced to back out of the building because they were overwhelmed, Nigro said, but Davidson got separated from the rest of the unit.

He was later found unconscious in the building and was unable to be revived, according to Nigro.

Mayor Bill de Blasio cut his Florida vacation short to come back to the city. De Blasio was in Fort Myers to watch the Boston Red Sox play a spring training game.

Davidson is the 1,150th firefighter to die in the line of duty in the history of the FDNY.

NY1 spoke with a man who lived inside the burned building who credited firefighters for saving his life.

"I'm standing here today because of the firemen who braved the smoke and dragged me out of the building. And now to hear that one of them didn't make it, it hurts. My heart goes out to his family," the man said.

Davidson leaves behind a wife and four children.

His father Robert is a retired firefighter who worked at the same firehouse, and his brother Eric is a firefighter in the Bronx.

The FDNY said the fire was under control shortly after 2:30 a.m. Friday.