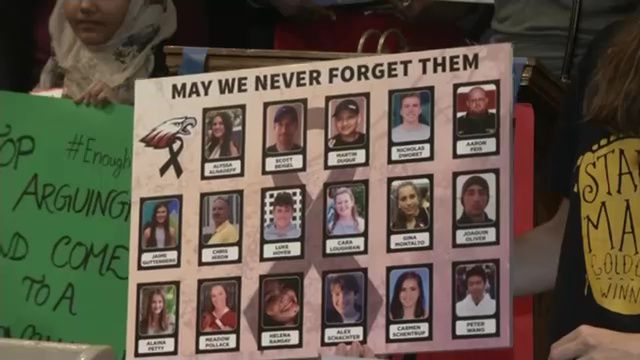 Alumni of Marjory Stoneman Douglas High School gathered in Manahttan Wednesday to mark one month since the shooting.

The names of the 17 victims were read aloud during a rally in Gramercy.

The alumni were joined by current city high school students who took part in Wednesday's walkout.

"I want to make sure that kids not only know how to walk out into the streets and have their voices be heard, but that they know how to pick up their phone and call their representative, and convert that passion and that outrage into concrete political action," said Zoe Davidson, co-founder of Coalition Z.

A judge Wednesday entered a "not guilty" plea for accused Stoneman shooter Nikolas Cruz. He had declined to enter a plea after being indicted on 17 counts of murder and attempted murder.

Prosecutors are seeking the death penalty.