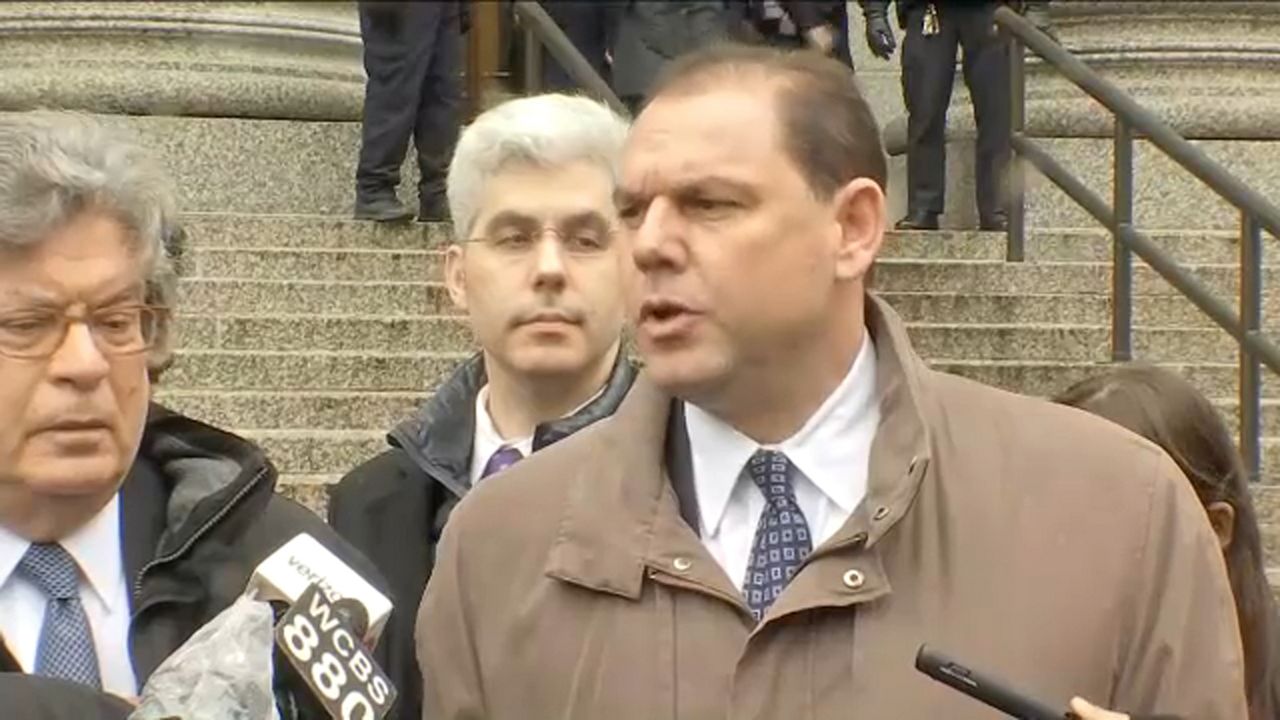 A jury in Manhattan on Tuesday returned a guilty verdict on three counts in the bribery and corruption trial of a longtime top aide to Gov. Andrew Cuomo.

Joe Percoco was convicted on three counts of bribery and public corruption, but the jury acquitted him on three other counts that included extortion.

"There is an inconsistency in the verdict, as we read it, and we are, as I say, going to review it, and figure out what it means, and what options are open to us," Barry Bohrer, Percoco's defense attorney, said to members of the news media outside the courthouse.

"I am disappointed," Percoco said outside the courthouse, standing with Bohrer. "But as Barry says, we're going to consider our options and move forward."

The verdict came during the trial's eighth week. The case was complex: Jurors, who declined comment afterwards, deliberated roughly 38 hours over eight days.

Jurors sent a note Monday and the week prior saying they were deadlocked. The judge overseeing the trial ordered them back to worth both times.

Percoco is almost certainly looking at prison time: Two of the counts against him carry a penalty of up to 20 years; the other, up to 10 years. Sentencing is set for June 11.

While the case was brought by former U.S. Attorney Preet Bharara, it fell to his successor, Geoffrey Berman, to react. Berman released a statement saying, "Joseph Percoco was found guilty of taking over $300,000 in cash bribes by selling something priceless that was not his to sell — the sacred obligation to honestly and faithfully serve the citizens of New York. As every schoolchild knows, but he corruptly chose to disregard, government officials who sell their influence to select insiders violate the basic tenets of a democracy. We will continue relentlessly to bring to justice those public officials who violate their oaths by engaging in this especially offensive misconduct."

Cuomo broke his silence on the case with his own statement that read, in part, "While I am sad for Joe Percoco's young daughters who will have to deal with this pain, I echo the message of the verdict — there is no tolerance for any violation of the public trust....The verdict demonstrated that these ideals have been violated by someone I knew for a long time. That is personally painful."

As a confidant to Cuomo, who once compared him to a brother, Percoco had enormous influence in state government.

Prosecutors said he sold that influence to two private companies for more than $300,000-worth of bribes. That included a $90,000-a-year job for his wife Lisa that involved minimal work.

Howe, the alleged middleman in the scheme, admitted on the stand to a long history of fraud. He was also arrested mid-trial when he appeared to admit having violated his cooperation agreement with the government.

The case highlighted Percoco's use of the word "ziti" in emails with Howe, a term borrowed from "The Sopranos." The prosecution said "ziti" was code for bribe money, while Percoco's attorney said it was just banter among friends, and a distraction from the real issues in the case.

Cuomo was accused of no wrongdoing, but he loomed large over the trial, with several current and former Cuomo officials called to testify. The trial exposed some questionable practices in his administration, including the intimidation of staffers who tried to leave state government, and  the widespread use of private email for state business. Emails also showed big donors were coached on how to get around campaign finance limits.

The prosecution also showed how Percoco continued to use his state office and flex his muscle even after he had supposedly resigned in 2014 to work on the governor's campaign full-time.

One co-defendant, Syracuse's COR Development founder Steven Aiello, was convicted on one of three counts; his partner Joe Gerardi was not guilty on all counts; and the jury deadlocked on two counts against energy company executive Braith Kelly.