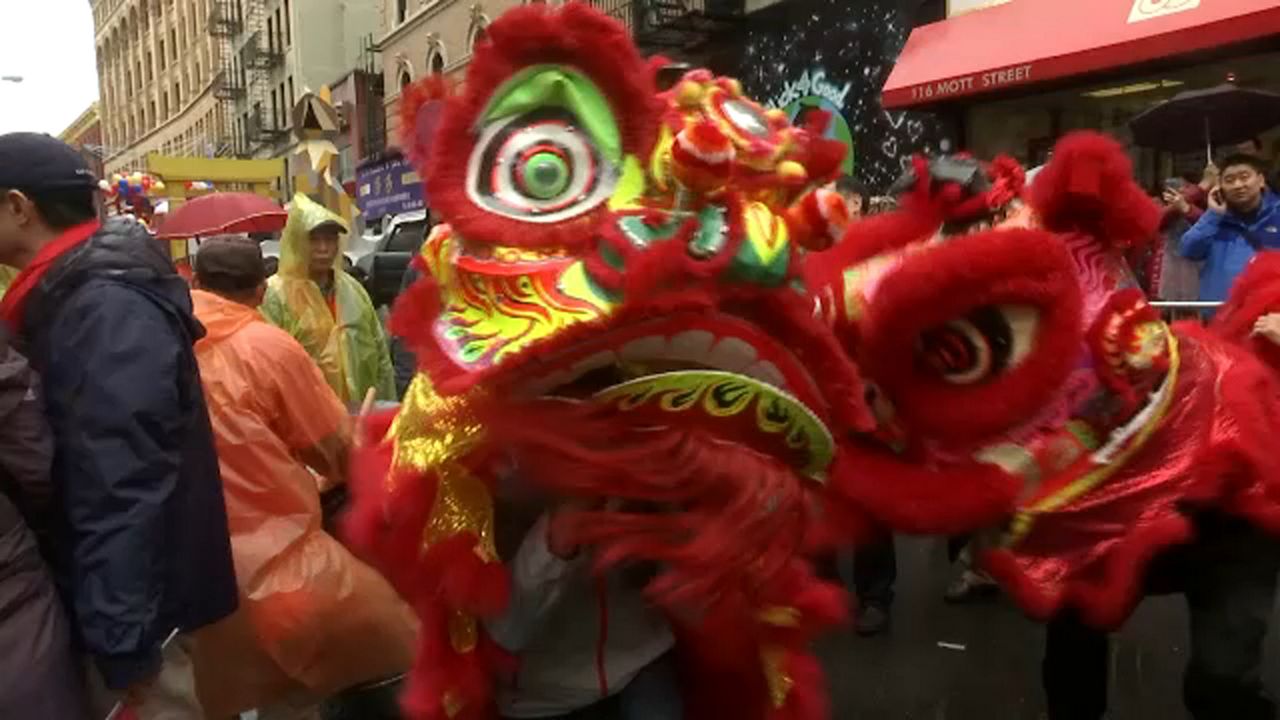 Manhattan turned into a sea of red Sunday as revelers gathered for the annual Lunar New Year Parade festivities.

The Year of the Dog kicked off earlier this month, but the city's big party for Lunar New Year kicked off Sunday afternoon for the 19th annual parade in Chinatown.

"I like when they gave red envelopes and lucky money," one young parade attendee said as he watched people march with the floats.

The parade, which volunteers organized, started at Canal St. and Mott St. and ran to Broome St. and Forsyth St. A festival in in Sara D. Roosevelt Park followed the parade.

"I love when the dragon dance passes by, and I actually got to touch it, so more good luck," one woman said.

"It's like the Asian version of Times Square," said Christopher Tan, the marking director of Better Chinatown USA. "We have confetti, we got lions, we got dragons, we got opera singers, we got a whole bunch of people out for the celebrations."

At least 500,000 people were expected to celebrate in the largest Chinatown in the United States.