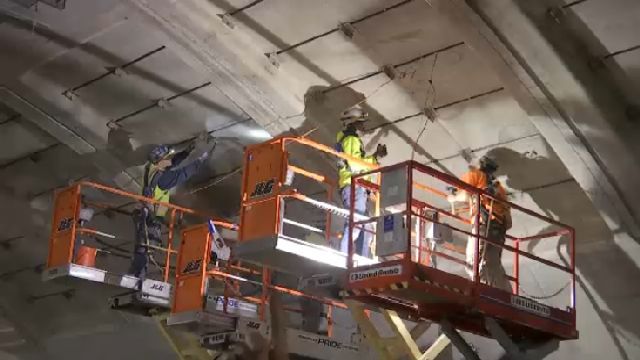 The study by the Regional Plan Association says the agency needs to improve its management of large projects, reduce inefficiency, and end rules that lead to the hiring of more workers than needed.

Their report says outdated policies, political interference, and a lack of accountability are among the reasons why New York is the most expensive city in the world for transit projects.

The RPA recommends measures to address these problems, like creating a separate management agency to run each big project, and cutting down on staff and overtime.

"What we need is the willingness to try, the willingness to get in there and say, 'We're going to take responsibilities for the dollars that we have to spend today before we ask for more money.' Otherwise, we're just throwing good money after bad," Rosenthal said.

In response, the MTA says a special Task Force was created to deal with sky-rocketing capital costs and that it looks forward to reviewing the RPA report.