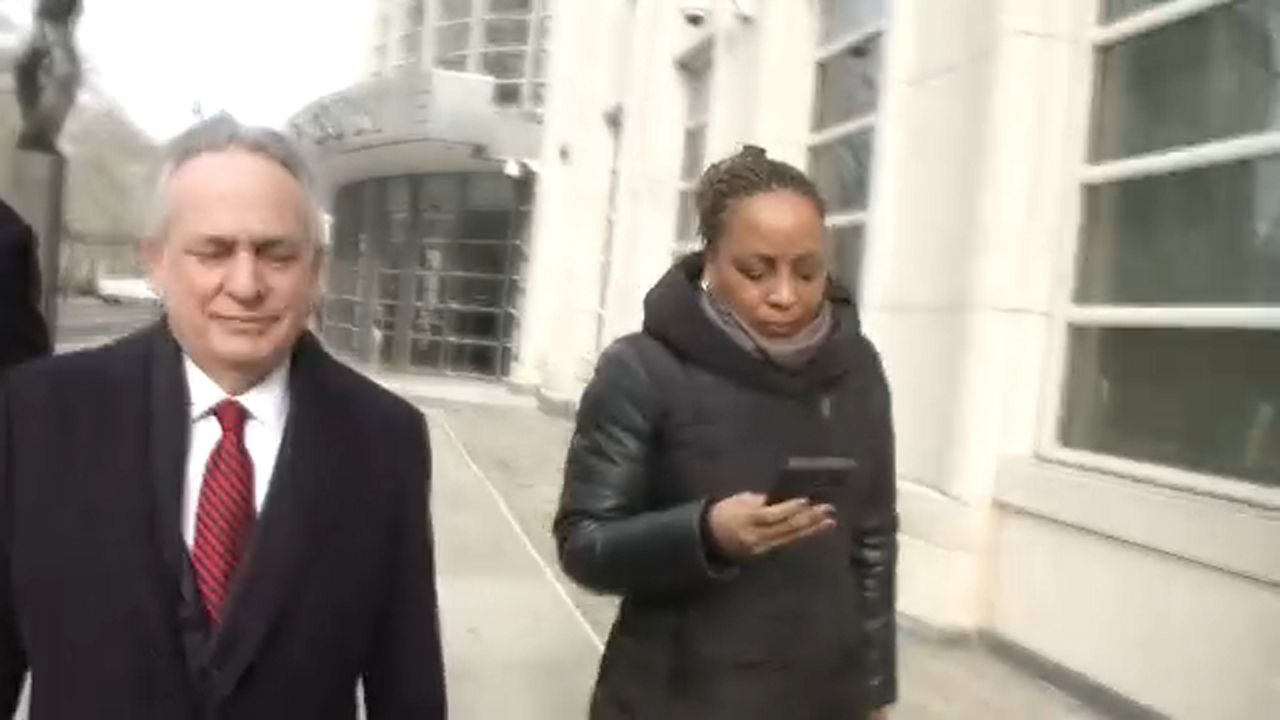 Pamela Harris did not respond to questions as she left federal court in Brooklyn, where a judge set a trial date of July 23.

Harris, who is free on bail, pleaded not guilty last week to 11 counts, including fraud, obstruction of justice, and witness tampering.

Prosecutors say she stole tens of thousands of dollars in both city and federal funds, including one scheme where she falsely claimed she was displaced by Hurricane Sandy in order to collect disaster relief.

Prosecutors say they expect the trial to last about two weeks.