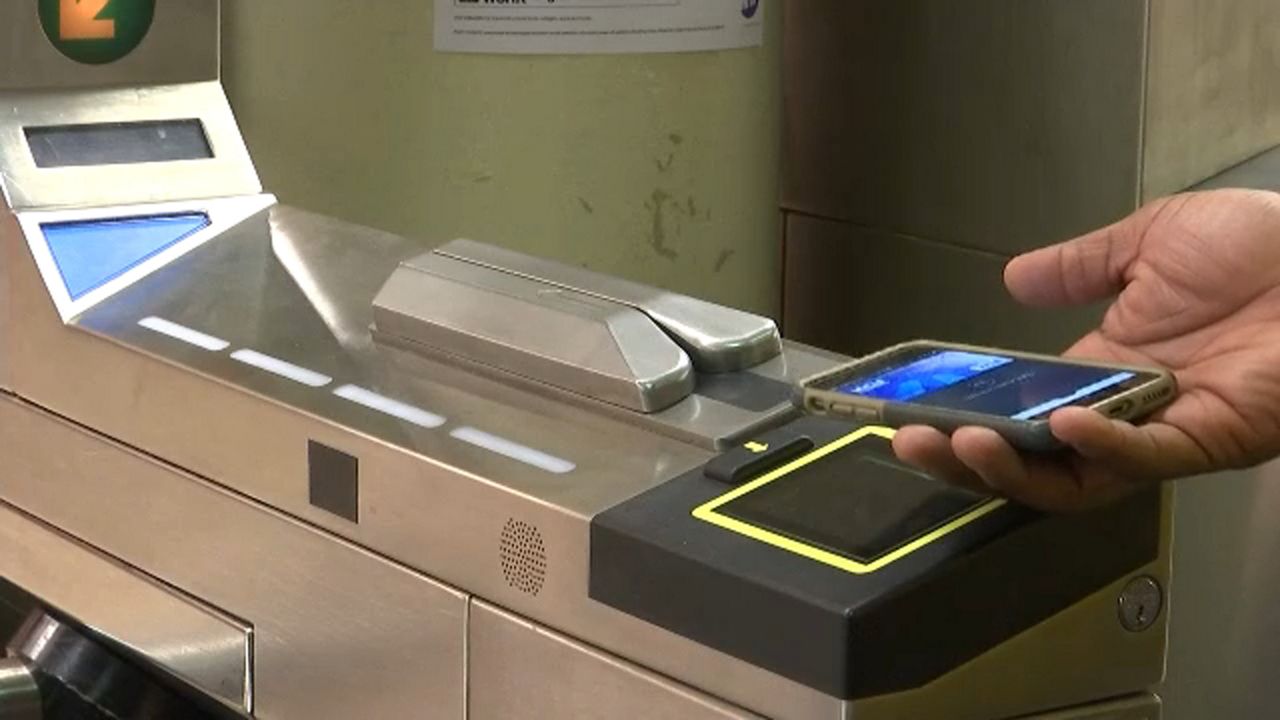 The subway token took its last drop into a turnstile 14 years ago and retirement is on the horizon for the MetroCard. Transit Reporter Jose Martinez gives us a look at what might come next.

It's a peek into the future of how to pay the fare.

Where the swipe of a Metrocard gives way to the tap of a mobile device or a credit card.

"It's pretty simple and convenient. I think it's a good idea," said one subway rider.

"It would be better if we just had it on our phones," said another subway rider.

It's quietly being put to the test at two Lower Manhattan subway stations, where barcode readers have been installed at some turnstiles.

"This means that instead of having to line up and refill your MetroCard, you could have it sort of instantly refilled. Or you could skip it altogether and pay directly from an existing bank account," said Tabitha Decker, Deputy executive director at the transit center.

For now, the test is limited to MTA employees who already use a mobile ticketing app to ride the Long Island Rail Road and Metro-North.

"Done right, this should be a huge improvement for users. We should see people much more quickly entering the system," Decker said.

The agency last year began the long process to phase out the MetroCard, which has long baffled rookie subway riders who botch the art of the turnstile swipe.

They should be helped by an intriguing feature of the new-look turnstiles: a light strip that turns green when a fare is paid and red when it's rejected.

Transit officials stress this is only a test and that the fare-payment system that is eventually adopted might look far different.

For now, you'll only see these readers at the Bowling Green and Wall Street stops, though the MTA plans to have them in 12 stations by the end of the year.