LIVE UPDATESHow Coronavirus is Impacting New York
GET OUR NEW APPOur new Spectrum News app is the most convenient way to get the stories that matter to you. Download it here.
Vaccine FAQHow to Get the COVID-19 Vaccine in NYC
Crosstown PodcastWhat's Gone Wrong With New York's Vaccine Rollout?
You Decide PodcastDr. Irwin Redlener: Can Joe Biden Defeat COVID-19?
Off Topic/On Politics PodcastCan Andrew Yang Win the Race to Become Mayor of New York? 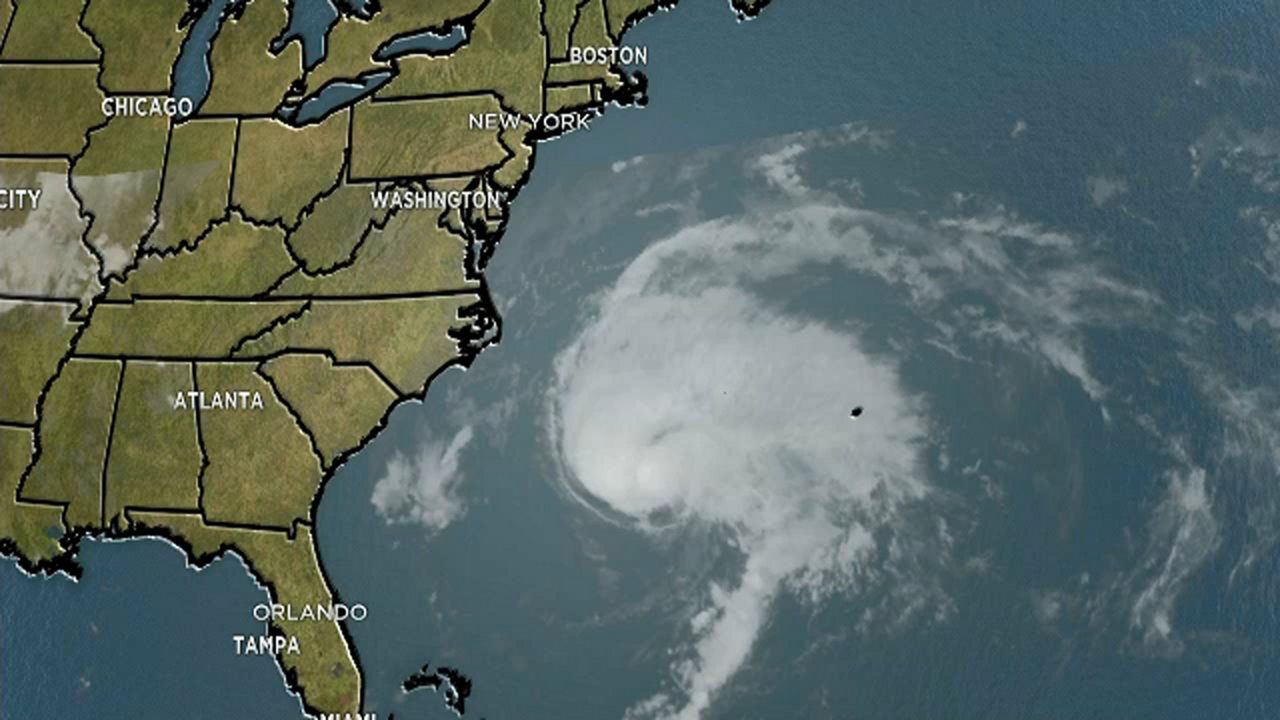 Hurricane Jose is not expected to make direct landfall on New York City, but New Yorkers will feel its rainy and windy effects during the work week.

As of 6 p.m. Sunday, Jose was a Category 1 hurricane with 90 miles per hour sustained winds.

It is down toward the mid-Atlantic, but it is moving north.

A Tropical Storm Watch has not been issued for the city, but it was issued Sunday afternoon for Mid-Atlantic States up to Nantucket.

Isolated showers are expected in the city Monday, but New York City is not projected to feel Jose's effects until a day later.

Jose is expected to continue to track north Monday and then turn east and out to sea Tuesday.

Later Monday into Tuesday, its outer bands are anticipated to affect the city, as it weakens from a hurricane to a tropical storm, according to projections.

Tuesday, with Jose slated to be off the East Coast toward the Jersey Shore, New Yorkers will feel the strong winds.

Tropical storms bring winds of 39 to 73 miles per hour, but the city is projected to experience the lower end of the scale.

Gusty winds of at least 50 miles per hour, with rain, are projected for Tuesday and Wednesday, which could cause flight delays.

High rip currents and wave swells are persisting for the city.

The five boroughs could also see some coastal flooding. There is a chance of flash flooding with the rain bands, and, during high tide, minor to moderate flooding is possible in vulnerable areas.

The storm is a long-lasting one, having formed Sept. 5.

Near South America, Hurricane Maria, currently a Category 1 Hurricane, is strengthening, and Tropical Depression Lee is further out in the Atlantic Ocean. However, there are no data as of this time to project if or how either of those storms could affect the city.

Stay connected on all the latest weather updates and temperatures at NY1's weather page, and with Weather on the 1s every 10 minutes.