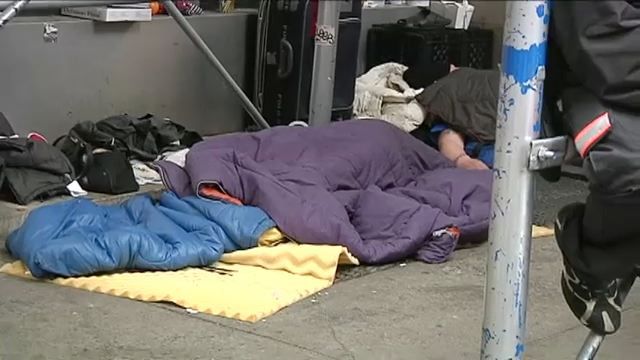 Number of Homeless on City Streets Up 40 Percent, Survey Finds

NEW YORK - The number of homeless people sleeping on the streets of the Big Apple is on the rise, according to the city’s annual survey.

The annual HOPE count survey tallied 3,892 people sleeping on the street in February of this year compared to 2,794 last year.

The annual count is required by the U.S. Department of Housing and Urban Development and is supposed to be an accurate survey of how large the street homeless population is.

This is the first year the number has increased since 2014, and it comes despite efforts by the de Blasio administration to reduce the population.

The survey does not count the more than 58,000 New Yorkers currently using city homeless shelters.