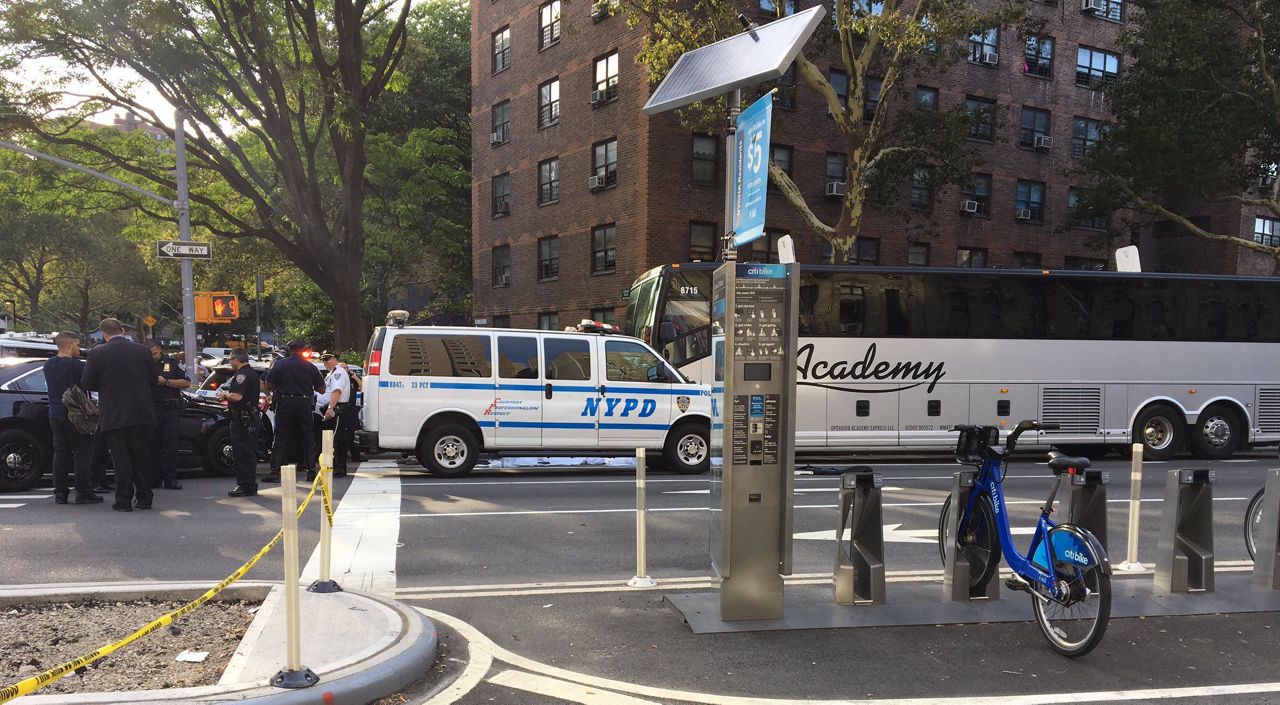 Man dies after being struck by charter bus in Manhattan

The NYPD says a man has died after being struck by a private charter bus in Manhattan Wednesday afternoon.

Police say the bus was going south on Second Avenue when it struck the 39-year-old man near East 99th Street in Yorkville shortly before 5 p.m.

The bus driver remained on scene, according to the NYPD.

The city is advising drivers to avoid the area.