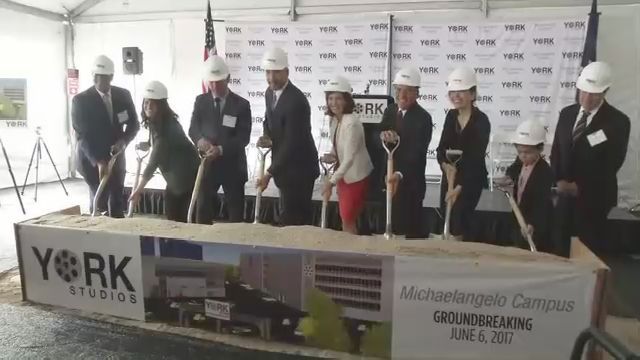 Ground was broken Tuesday in the Bronx on a state-of-the-art film and television production facility.

Construction is taking place on Story Avenue just off the Bruckner Expressway in Soundview.

The company behind the project is Queens-based York Studios.

It says the $100 million facility will include nine sound stages, production office space, and workshops for each stage.

"It will go a long long way, to change the mentality, to change the psychology of people who only think that The Bronx is what is was in the 70s, the 80s, and the early 90s," said Bronx Borough President Ruben Diaz, Jr.

"The Bronx is one of the most underfilmed locations in the city, And we feel beside the iconic locations, that there's a lot of diversity among the community and neighborhoods. As well as the architecture," said York Studios Executive Vice President John Battista.

The first phase of construction is set to be complete in late 2018.