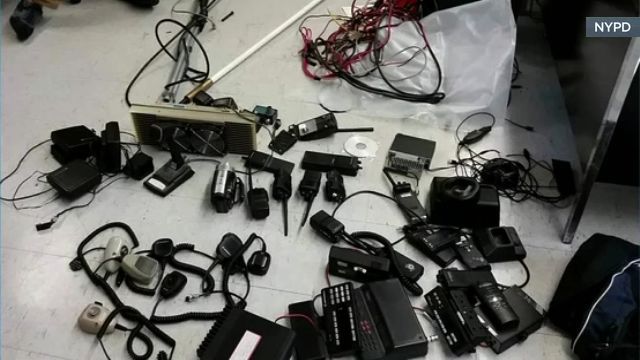 The FCC is proposing a fine of more than $400,000 for a man accused of making fake radio transmissions to distract NYPD officers as part of a police impersonation scheme.

Police say Peralta and two other suspects are tied to six robberies and one attempted robbery in the Bronx and Queens where the suspects impersonated police officers.

They are accused of pulling people over while driving a white cargo van and identifying themselves as officers.

Police say they also sprayed several victims in the face with an unknown substance.

The NYPD says they found more than a dozen portable radios, along with handheld microphones and roof antennas, at the home of one of Peralta's accomplices.

Peralta was arrested last year on charges including robbery and criminal impersonation.