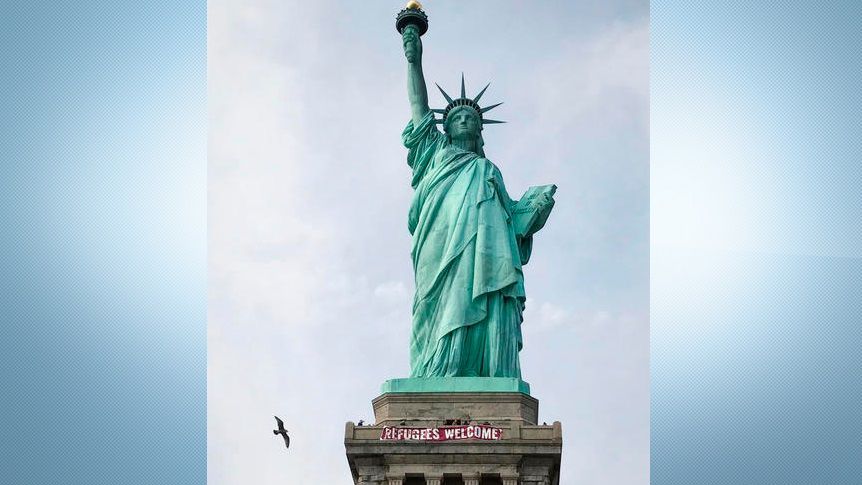 NEW YORK CITY — United States Park Police says it is working to identify suspects who tied a "Refugees Welcome" banner to the pedestal of the Statue of Liberty National Monument.

Park visitors shared photos of the sign on social media.

Authorities say the 20-foot long sign was tied to the statue with a rope. Parks workers removed it without any damage to the pedestal.

The Park Police says affixing a banner to a national monument is strictly prohibited.