LIVE UPDATESHow Coronavirus is Impacting New York
GET OUR NEW APPOur new Spectrum News app is the most convenient way to get the stories that matter to you. Download it here.
Vaccine FAQHow to Get the COVID-19 Vaccine in NYC
Watch live at 7 p.m.Public Advocate debate
Off Topic/On Politics PodcastWhere the NYC mayoral election stands
Crosstown PodcastWhat the future workplace means for New York City
You Decide PodcastSherrilyn Ifill: the fight for voting rights 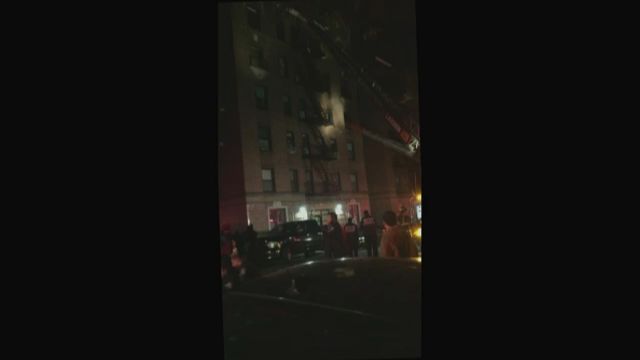 The FDNY says a call came in for a fire at 157-11 Sanford Avenue in Murray Hill at 4:40 a.m. that escalated to a two-alarm fire about 10 minutes later.

Crews say the fire began on the fourth floor of a six-story apartment building and later spread to the fifth and sixth floors.

The FDNY says a total of seven people, four civilians and three firefighters, were injured in the fire.

The NYPD says all of the people injured are expected to survive.

More than 100 firefighters responded to the scene.

The Red Cross says the fire damaged or destroyed seven apartments in the building.

The agency says it provided emergency housing for four families.