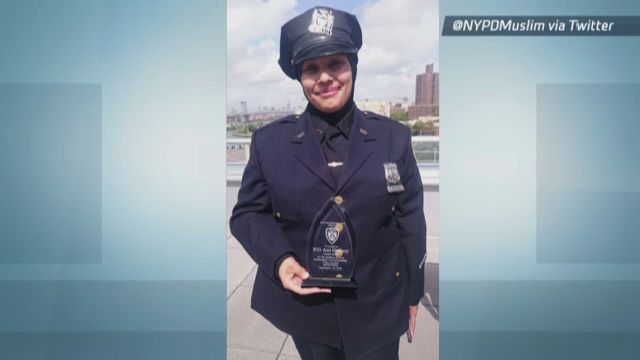 A Brooklyn man has been charged with a hate crime, accused of threatening a Muslim off-duty officer and her son.

Police say when people nearby tried to intervene, Nelson accused the woman of being part of the Islamic State and threatened to slit her throat.

Sources say he also told her to "go back to your country." They say he then ran off.

According to sources, she was wearing a hijab at the time and did not identify herself as an off-duty police officer.

In 2014, Mayor Bill de Blasio recognized Elsokary as a hero after she rushed into a burning building to save an elderly woman and a baby.

Nelson was charged with menacing as a hate crime and aggravated harassment.