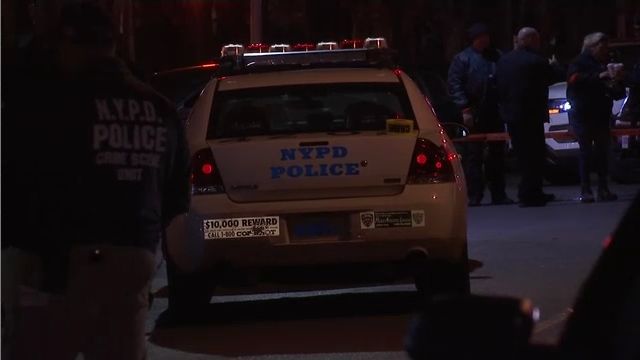 Police shot a man in the Bronx Wednesday after they say he came at them with a knife.

It all started around 7:15 p.m. Wednesday in Hunts Point when officers responded to a call of a man beating a woman nearby.

When they arrived on the scene, the woman pointed out 19-year-old Shamel Jones.

Investigators say Jones then ran into a building on Intervale Avenue. Police followed him into an apartment and say they found him in the kitchen holding a knife.

Jones was taken to Lincoln Hospital in critical condition.