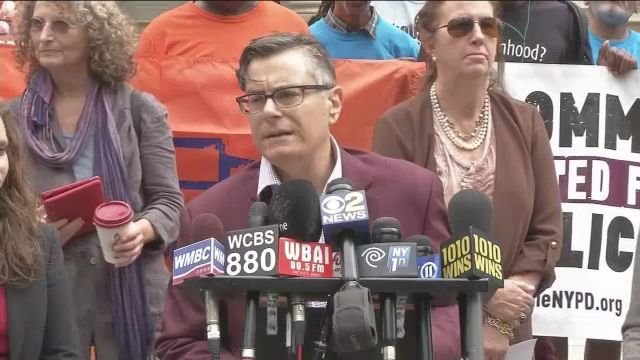 Public advocates are making another push to release records in the Eric Garner case, specifically involving the police officer who used a chokehold on Garner.

The nonprofit group the Legal Aid Society and a host of elected officials are calling on the Civilian Complaint Review Board to release what's known as a summary of misconduct for officer Daniel Pantaleo.

Garner died in the chokehold in 2014.

Last year, a State Supreme Court judge ruled that those records should be released, but the de Blasio administration appealed, saying state law prevented it.

"Change does not happen unless we have real accountability," said Tina Luongo of the NY Legal Aid Society.

"The standards that apply to every other municipal employee should apply to New York City police officers, who have the power to kill. The public has a right to know when that power is abused," said City Councilman Ritchie Torres of the Bronx.

Although the mayor's administration says it supports changing the state law, which would help release the records, the Legal Aid Society argues the information should already be accessible.

The issue will be taken up by an appeals court next month.