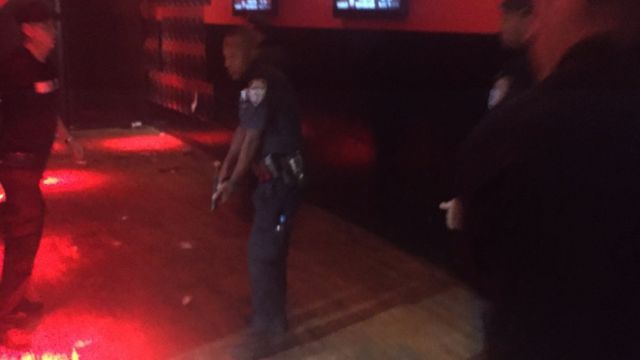 NYPD: One Dead, At Least Three Others Injured in Shooting at TI Concert at Irving Plaza

The NYPD says one person is dead and three others were wounded at a shooting at a T.I. concert at Irving Plaza.

Officials say the shots broke out in the venue's third floor green room at around 10:15 p.m. Wednesday while rappers Maino and Uncle Murda were performing on stage.

The NYPD says at least four people were shot.

According to NYPD Chief of Manhattan South Detectives William Aubry, one of the victims, a man, was pronounced dead at Beth Israel Hospital.

According to Aubry, T.I. was inside the venue at the time of the shooting but was not performing.

Twitter user @SweetKixx posted images at the scene and said the shots were fired before T.I. came on stage.