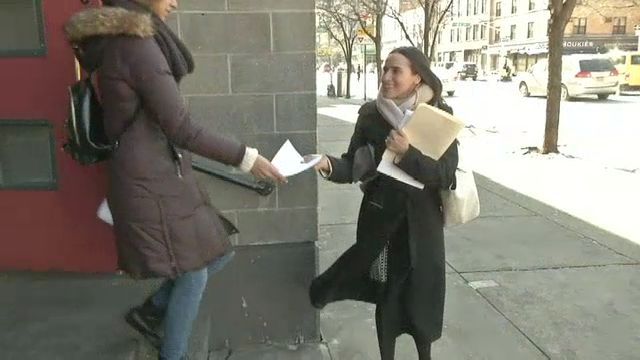 Parishioners are battling to keep their Manhattan church open after they say they weren't given proper notification by the Archdiocese. NY1's Polly Kreisman filed the following report.

The Church of the Nativity in the East Village is a parish dating back to the 1800s. Now it is one of hundreds to be closed or merged, as part of a major reorganization by the Archdiocese of New York.

"I think a lot of things were done secretly or back door and the message wasn't out there. The parishioners need this process to be just and fair," said Chris Marte, a parishioner.

Back in November, parishes had 10 days to appeal the decision to the local bishop. But across the city church members have reported they were unable to get copies of the decrees in order to file appeals. The Archdiocese says it notified people via news releases, emails and text messages.

"We found out that the pastor and priests don't have the authority to print it out and distribute which I thought was really interesting," said Mercedes Sanchez, a parishioner.

The Archdiocese acknowledges the decrees weren't originally posted to the web as they should have been, but says the oversight was corrected. Spokesman Joseph Zwilling says the decrees aren't necessary to file appeals in the first place. He says other parishes were able to appeal.

On Sunday, parishioners like Mercedes Sanchez took it upon themselves to print, translate and distribute copies of the decree to members of the congregation both English and Spanish speaking. At Church of the Nativity social media and on-line petitions have also been organized to get the word out.

"When the announcements were made in November we didn't get a decree back then we had no idea there was a deadline," Sanchez said.

"I think if you ever come to one of our masses you'll see the love and the joy in parishioners faces. it is their second home," Marte explained.

The next step for the Church of the Nativity is to appeal the decree if the Vatican allows them to.