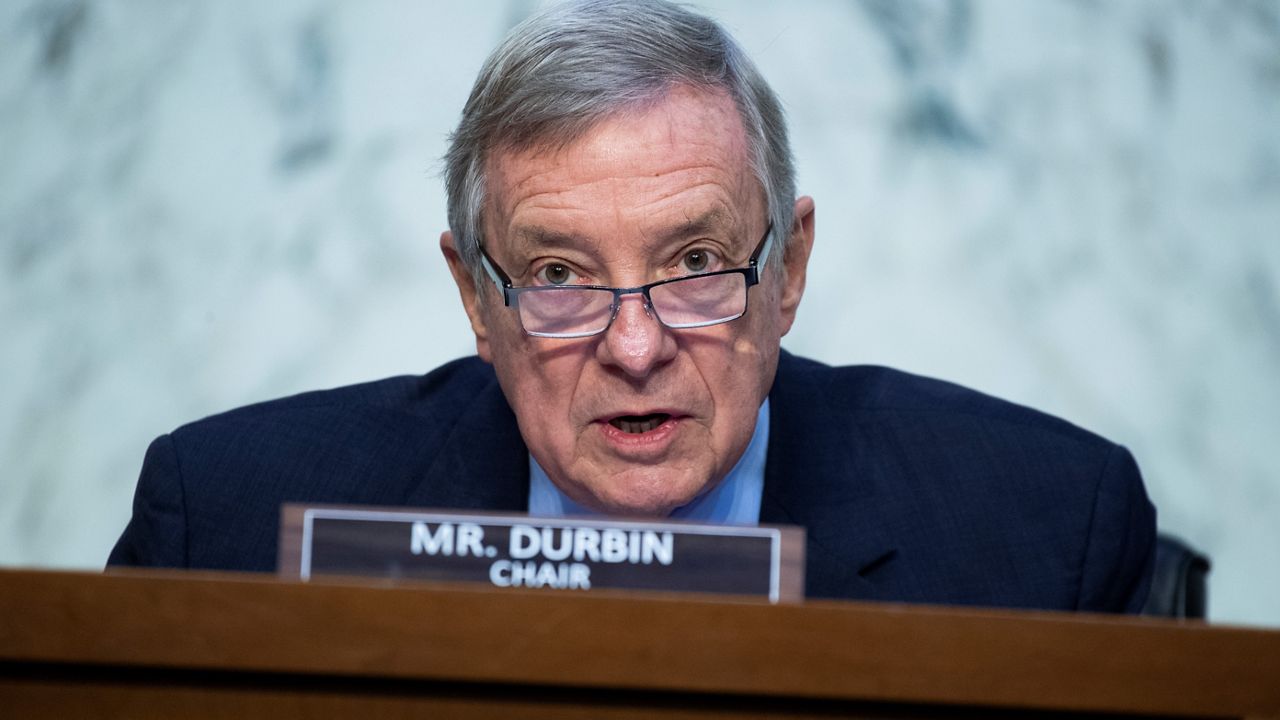 Members of the Senate Judiciary Committee squared off Wednesday during a hearing over the Supreme Court’s so-called “shadow docket” in the wake of the high court’s decision earlier this month to let a Texas law banning abortion after six weeks stand – at least temporarily.

The “shadow docket” refers to summary decisions issued outside of the Supreme Court’s formal proceedings. They often skip many, if not all, of the steps of a normal Supreme Court procedure, as The Associated Press noted earlier this month.

The hearing comes after the Supreme Court issued a 5-4 ruling to allow, for now, a restrictive Texas law that bans all abortions after six weeks – even in cases of rape or incest – which has called into question the political nature of the court. The court has also used the shadow docket to force the Biden administration to reinstate the Trump-era "Remain in Mexico" policy for asylum-seekers and invalidated the White House's eviction ban.

While a “normal” Supreme Court timeline is lengthy – with the process between oral argument and issued opinion often taking months – the “shadow docket” timeline can happen quickly, as was the case with Texas' abortion restriction.

Several justices on both sides of the ideological divide, notably Stephen Breyer and Amy Coney Barrett, came out after the Texas decision to decry political perceptions of the court.

In Wednesday's Senate hearing, the questioning diverged along partisan lines, with Democrats in the chamber expressing deep consternation about the Supreme Court’s increased reliance on the expedited shadow docket procedure to rule on a spate of contentious issues like abortion, immigration, and evictions without lower court deliberations, while Republicans defended the process as nothing new.

Speaking during Wednesday’s hearing, Senate Judiciary Committee chairman Sen. Dick Durbin, D-Ill., sought to highlight the amount of “ideologically driven” decisions the court has taken as a result of the shadow docket.

“The Supreme Court has now shown that it's willing to allow even facially unconstitutional laws to take effect when the law is aligned with certain ideological preferences,” Durbin said, adding: “Constitutional rights for millions of Americans should not be stripped away in the dark of night."

During the hearing, Durbin also noted the disproportionate of times the so-called “shadow docket” was used by the Trump administration compared his last two predecessors, then-presidents Obama and Bush.

“[To] argue that this shadow docket is just a routine it just happens — ‘nothing to see here, move along,’ -- the numbers don't tell that story,” Durbin said Wednesday. “Eight times in 16 years the shadow docket was requested and used by [the] Obama administration and [the] Bush administration. Eight times, 16 years.”

Meanwhile, he said, the Trump-led Justice Department won 28 of the 41 cases it brought before the shadow docket.

“This is about personal freedom, and respecting that women know what is best for their family, their destiny,” said Howard, who represents Texas House District 48, which encompasses part of Austin.

“This is about the health care and trust in the doctor patient relationship,” she continued. “This is about giving women control over their very lives without government interference.”

Republicans sought to defend the Supreme Court’s expedited process for hearing cases, with the panel’s ranking Republican, Sen. Chuck Grassley of Iowa, arguing that the justices “did something very ordinary” by declining to step in and block the Texas law.

"Many of our cases involve time sensitive matters and requests for emergency relief made either by the state or by our opponents," said witness Edmund LaCour, the solicitor general under Alabama Attorney General Steve Marshall, R.

Said Sen. Ted Cruz, R-Tex.. “This whole notion of a shadow docket is called an operating court, that is deciding emergency motions but look what this is really about is trying to demonize Texas, and trying to demagogue on the question of life.”

The hearing comes just days ahead of the start of the Supreme Court’s official term on Monday, where justices are already gearing up for a blockbuster term where they will hear issues related to abortion, religious rights, and gun ownership.