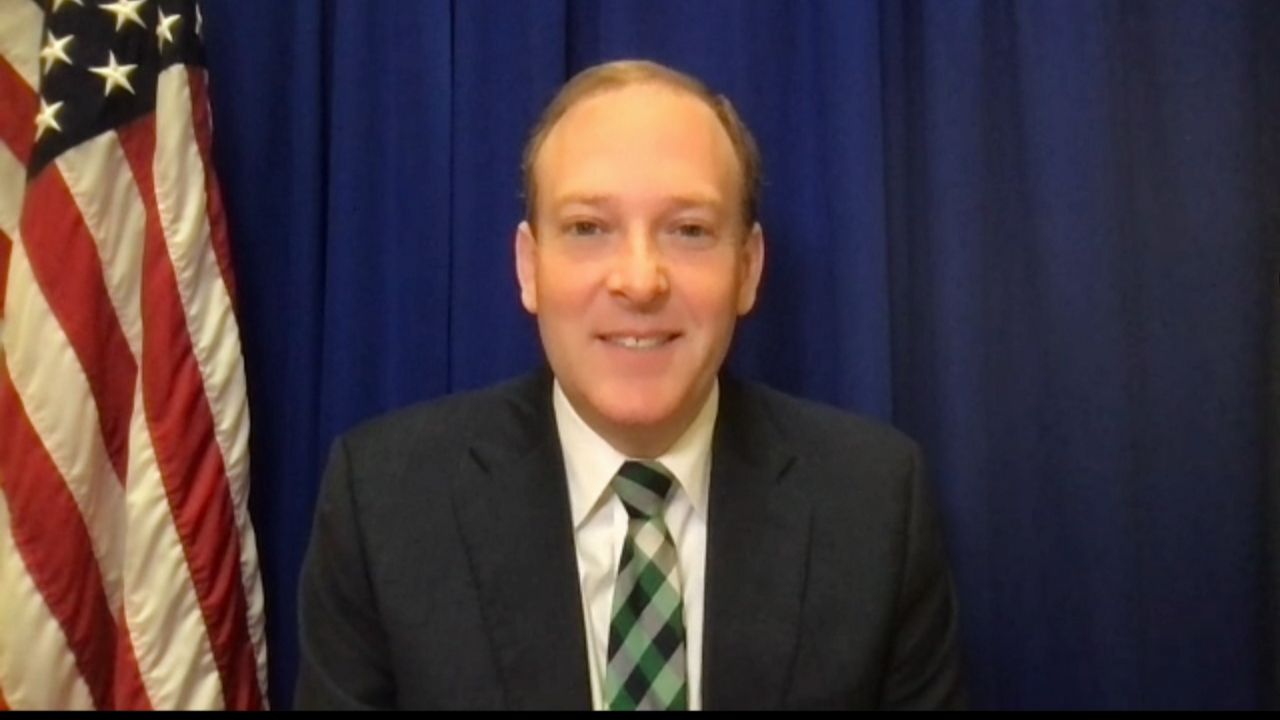 After primary win, Zeldin doubles down on public safety

On the heels of his primary night win, Long Island Congressman and projected Republican gubernatorial nominee Lee Zeldin doubled down on public safety, sided with the Supreme Court on its decision to strike down a key New York gun law and dismissed the high court’s ruling overturning Roe v. Wade as essentially meaningless for New Yorkers.

Speaking with NY1 “Mornings On 1” anchor Jamie Stelter, who moments earlier interviewed Gov. Kathy Hochul, Zeldin struck back at the governor for painting him as a far-right Trump extremist.

“Well, if it’s extremist to want our streets to be safe by repealing cashless bail and holding rogue DAs accountable for their refusal to enforce the law, well, so be it,” Zeldin said, referring to Manhattan District Attorney Alvin Bragg, who recently reset his rhetoric on public safety amid criticism early in his tenure.

Zeroing in on gun safety, Zeldin said he agrees with the Supreme Court’s ruling striking down the state’s law mandating people show "proper cause" to get a license to carry a concealed handgun outside the home.

“I believe that the Supreme Court made the correct decision,” Zeldin said.

Sources tell NY1 that state lawmakers have agreed on new legislation, which would ban guns from hospitals, schools, government buildings, mass transit and places where alcohol is served.

Moving to the highly controversial decision by the Supreme Court to overturn Roe v. Wade, Zeldin said it was inconsequential to New Yorkers.

“Listen, the reality in New York is that they’ve already codified far more than Roe in the state,” Zeldin said, and then claimed Hochul would use the moment to “fear monger.”

Earlier this year, Zeldin was criticized by Democrats for saying in a virtual town hall that appointing a “pro-life” health commissioner would be a “great idea.”

After a draft opinion of the Supreme Court ruling was leaked earlier this year, Zeldin walked backed the comments, though he maintains his anti-abortion position.