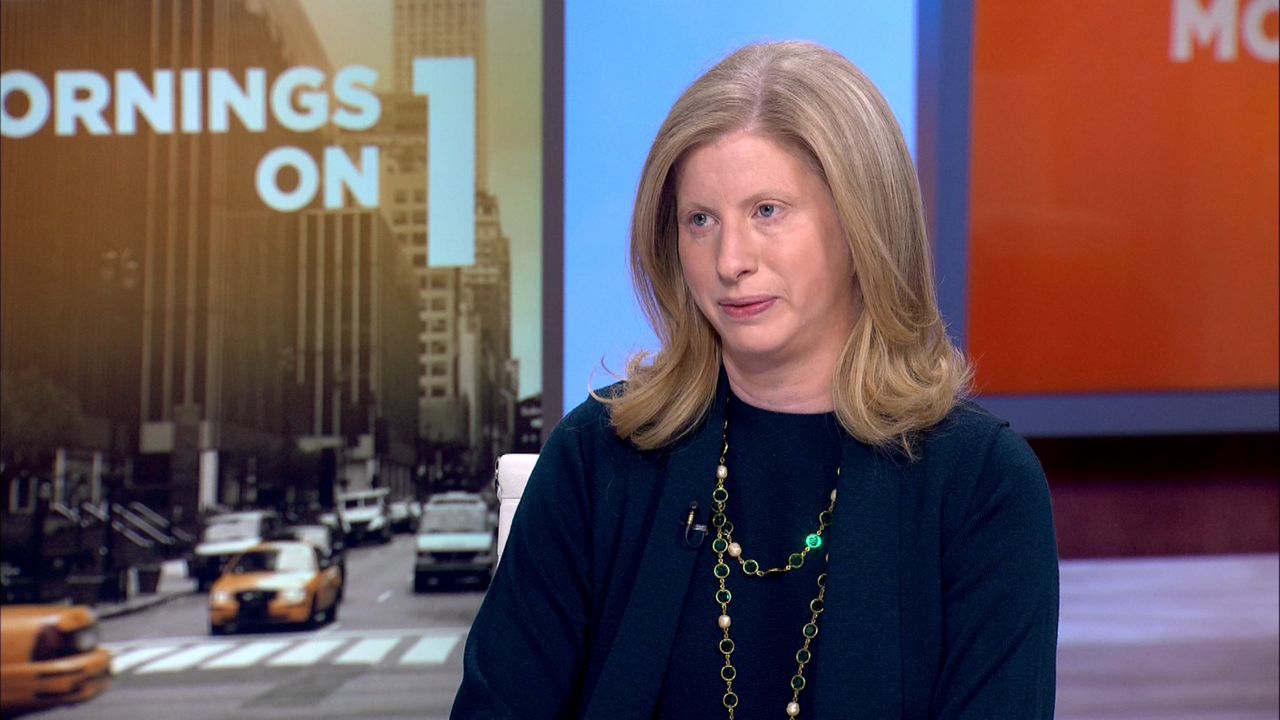 NEW YORK — The city's new sanitation commissioner says she has a data-driven approach to tackling trash.

Jessica Tisch, the former head of the city's Department of Information and Technology and Telecommunications, was named the new head of the Sanitation Department last week, following Ed Grayson's departure.

Since stepping into the role, she has announced several new initiatives for cleaning up New York City, including the restoration of alternative side parking rules for street sweeping, new trash bins in Times Square to curb the amount of rats on streets and new, smaller street cleaners to focus on protected bike lanes.

Tisch appeared on "Mornings On 1" Monday after one week on the job, and said her background in IT is helping her to conquer the role, as there are thousands of garbage bins to monitor.

"We have 23,000 litter baskets citywide, all of them are emptied regularly, some up to two to three times a day. And we constantly get requests for the 311 system for additional litter baskets. And when we see those we review them to make sure they meet our criteria and we'll place new litter baskets where they are required," Tisch said.

"This is something that our data team is going to take a hard look at: How many litter baskets should we have, how often should they optimally be emptied, if there are certain areas where there's a particular problem."

She said she has heard New Yorkers complaints about the state of the city, but defended the work of sanitation workers.

"I think most New Yorkers feel that the city is filthy, filthier now than it was pre-pandemic," she said.

"I want to be really clear that the members of the New York City sanitation department - all 10,000 of them - come to work every day do their honorable work and work hard. But some of the conditions around the pandemic just made it really hard to keep the streets clean."

Echoing her boss, Tisch said she has a "get stuff done attitude" and is eager to bring changes to the department and address the concerns of all New Yorkers.