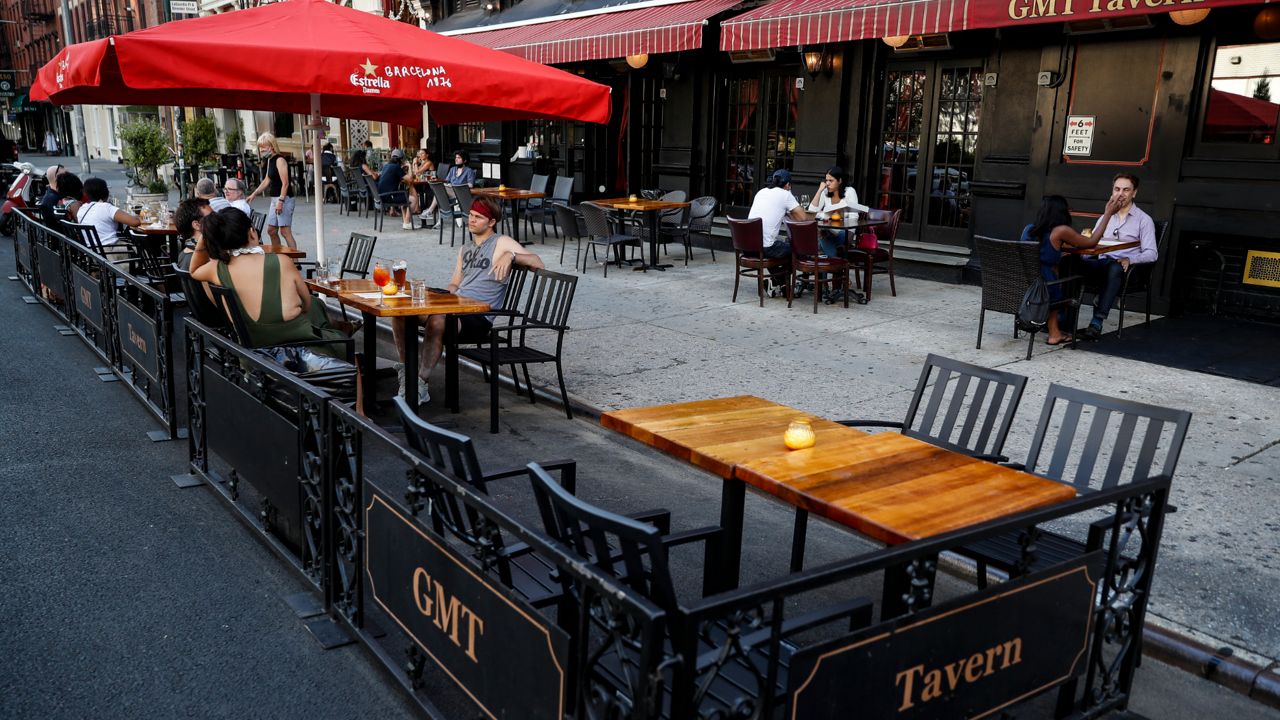 As the city introduces a long-term plan to expand and make outdoor dining permanent in the city, people have been gathering at community board meetings armed with complaints about the program and structures. Some locals have also expressed fears that zoning changes for the plan would amount to a land giveaway.

De Blasio on Monday rejected those concerns, pointing instead to the boon the city believes outdoor dining brings.

“Look, I respect community boards and I respect local quality of life concerns, but let's get up at 30,000 feet. Right now, it's about bringing this city back. Outdoor dining has a crucial role to play,” the mayor said in an interview with political anchor Errol Louis in his weekly “Mondays with the Mayor” segment on “Inside City Hall.” “The other concerns we can work on over time, but nothing compares to the positive impact.”

‘This is not solitary confinement’

In his interview with NY1, de Blasio also downplayed a reported loophole to the solitary confinement ban in New York City jails.

“This is not solitary confinement,” de Blasio claimed in the interview.

The news outlet amNewYork reported on Sunday that criminal justice advocates are pushing the City Council to pass legislation to ban a practice they say allows the Department of Correction to circumvent the ban on solitary confinement. The loophole, advocates say, allows inmates to be held alone in a cell for 23 hours a day. According to the report, inmates can be shut away in a small cage for the vast majority of the day before they are moved into a small, adjacent cell for roughly an hour for what is called recreational time.

In his interview with NY1, the mayor disagreed that this is solitary confinement with a different name, saying the city worked through this alternative with corrections experts and the Board of Correction.

“Actual solitary confinement, punitive segregation, had a devastating negative impact,” de Blasio said. “If this became the model around the country, we would have a much more humane corrections system while still achieving the kind of balance we need to keep corrections facilities orderly and effective.”

NY1 has reached out to the New York City Department of Correction and City Council Speaker Corey Johnson for comment about the reported loophole.