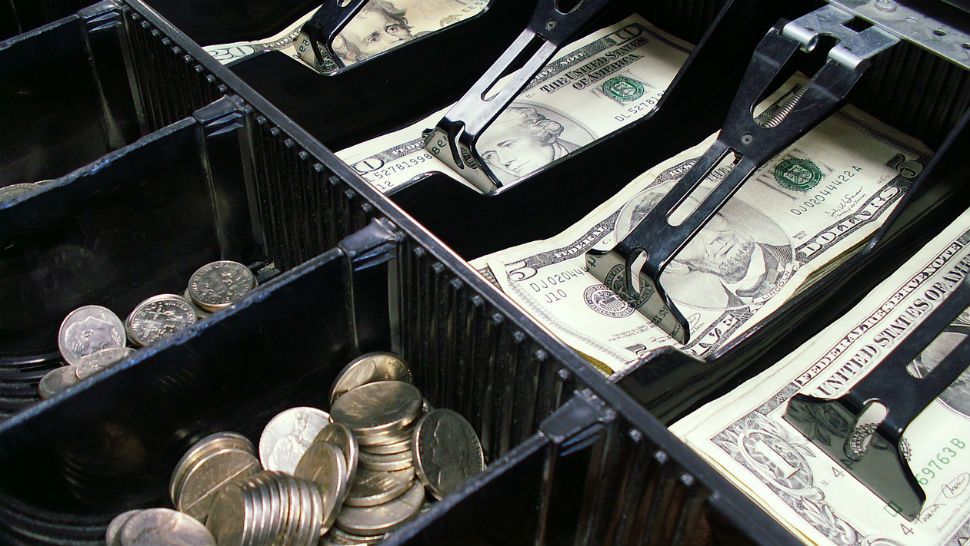 De Blasio to Albany: Please Raise Taxes on the Wealthy

NEW YORK — State Senate Democrats are set to have a supermajority in 2021 — and Mayor Bill de Blasio wants them to use it to pass big progressive goals like increasing taxes on the wealthy and legalizing recreational marijuana.

“You look at the stock market — wealthy people have only gotten richer during the pandemic. Working people, low-income people, have been suffering. Middle-class people — suffering. It’s about time we had higher taxes on the wealthy,” de Blasio said in his weekly “Mondays with the Mayor” interview on Inside City Hall with Bobby Cuza. “There’s so many things that can happen here with this supermajority in the Senate.”

After absentee votes were counted in several key state Senate races, Democrats emerged with 43 seats, according to the Associated Press count. That’s just over the threshold for two-thirds of the 63-seat chamber, enough for a supermajority that gives Democrats the votes needed to override any veto from the governor. With that expected increased leverage, some expect the party to be aggressive in passing items on the progressive wish list.

Increasing taxes on the wealthy has long been on Mayor de Blasio’s wishlist. When he first ran for mayor, he called for the wealthy to pay their fair share and proposed a tax on city residents making $500,000 or more a year.

Governor Andrew Cuomo has long resisted raising taxes on the wealthy, and this year is no different, even though the state needs to close a ballooning budget cap that could result in a 20% across-the-board cut to services statewide. Advocates say taxing the more than 100 billionaires who live in New York state could ease the budget pain. The idea is backed by Democratic leaders in the state legislature, including Senate Majority Leader Andrea Stewart-Cousins and Assembly Speaker Carl Heastie.

Meanwhile, when it came to legal pot, de Blasio was lukewarm to the idea for most of his mayoralty. But in September 2018, he released a report backing the legalization of recreational marijuana, calling for the expungement of criminal pot offenses, and limiting sales to New Yorkers who are at least 21 years old. The report laid the groundwork for the regulation of recreational pot use in New York City, in anticipation of state lawmakers legalizing it in 2019 — something that didn’t end up happening despite Democrats controlling the legislature and the governor’s office.

Two years later, with even more Democrats set to take seats in the state Senate, the mayor is asking the state pass a bill, and to make sure revenue from cannabis sales would go to neighborhoods that have been disproportionally affected by marijuana being illegal.

At issue in 2019, during negotiations between the governor and legislative leaders over legal weed, was where the revenue from legalization would go. The governor wanted only dispensaries to sell pot, while the legislature favored allowing local entrepreneurs to grow and sell it.

But there is now added pressure for New York to legalize marijuana due to the pandemic-induced budget crisis. Experts estimate New York could generate around $300 million in tax revenue by legalizing pot, although it would take about three years to see a real return on the tax money.

When to Expect a Move from the Lucerne

In his interview with NY1, de Blasio also said residents at the Lucerne Hotel on the Upper West Side will start to move to another hotel downtown over the course of the next few weeks.

After weeks of fighting in court, a state judge last Wednesday said the city can move more than 200 homeless men from the Lucerne in what was a clear victory for the de Blasio administration. The decision means the homeless men, who have been staying in the Lucerne Hotel since July, will be moved downtown to a Radisson Hotel on William Street. An appeal is being filed to prevent the move.

The de Blasio administration announced in September the men would be moved after residents on the Upper West Side complained for weeks about their quality of life deteriorating. Those Upper West Side residents claimed they witnessed open air drug sales, fights, and public lewdness because of the men. Other residents argued the complaints reeked of racism.

De Blasio on Monday applauded the court’s decision, arguing the move will provide long-term benefits for homeless New Yorkers that they could not receive at the Lucerne.

“What we’re doing is having a facility in lower Manhattan, a place that doesn’t have a lot of homeless shelters,” the mayor said. “It’s going to be a long-term shelter facility, there’s going to be more services available for the homeless folks, to help them move forward with their lives; closer to medical care.”

When Does de Blasio Expect Middle and High School Students Back in School?

While de Blasio says public school students will be allowed to attend school five days a week, only 190,000 children — all of them in pre-kindergarten through fifth grade, or in District 75 special education schools — will be allowed to return beginning December 7. Those are the students who had enrolled to learn in classrooms and remotely on alternate days, the option known as blended learning. Up to 145,000 middle and high school students, who previously opted for in-person learning, will be forced to learn remotely for now.

According to de Blasio, that in-person return date may be after the holidays — but he doesn’t expect it to be so late that the students are lapped by the vaccine.

“I expect them back, certainly well before we have a vaccine — but when I say vaccine, I mean widely distributed. We expect the vaccine as early as the month that starts tomorrow in the first doses,” de Blasio told NY1 on Monday night. “I’m very hopeful that we can get middle school and high school back soon.”

The mayor added that the city will need time for what he described as the “first phase” of reopening schools, and that he was hopeful the city can start the process of getting the remaining students back into in-person classes after the holiday break. But he did not provide any further details or specific deadlines.