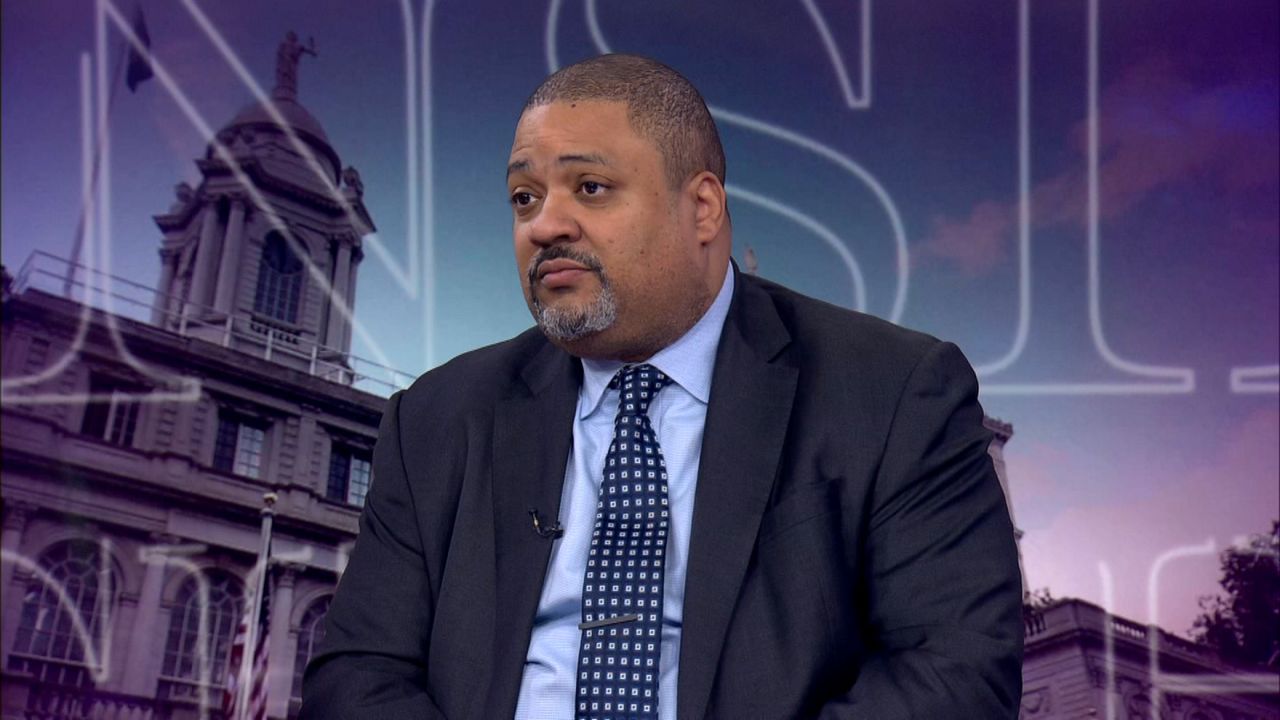 Manhattan DA Bragg talks Trump, Rikers and what's next in 2023

Fresh off a successful conviction of former President Donald Trump's company for tax offenses, Manhattan District Attorney Alvin Bragg joined Errol Louis on "Inside City Hall" Tuesday to discuss his investigations into Trump, lessons learned in his first year in office, and what he plans to focus on next in 2023.

"It was fundamentally about greed and lying," Bragg said of the Trump Organization tax trial that resulted in the company being fined the maximum penalty of $1.6 million. "It was, as you said, a 10-plus year, 13-year scheme where senior executives at the Trump Organization were getting benefits off the books, the manner in which they were doing were evading taxes."

Bragg said the $1.6 million fine didn't go far enough for a company as wealthy as Trump's "so that a corporation can't just say, 'you know what? I'm going to price this into my business model.'"

Former Trump Organization CFO Allen Weisselberg received a five-month sentence on Rikers Island for his role in the scheme. Bragg defended the relatively light sentence by pointing to his status as a first-time offender and cooperation with the investigation, ultimately testifying at the company's three-day trial.

"In this type of white-collar prosecution - I've been doing this for 20-plus years - having a narrator, having someone who can give an insider's view" can make a "significant difference" in a case, Bragg said.

The district attorney, who took office a year ago after winning election in 2021, confirmed his office has an "ongoing active investigation" into the former president, but would not say if his office interviewed Trump's former personal attorney Michael Cohen Tuesday, as CNN first reported.

Bragg has been the subject of some criticism for his prosecutorial decisions since taking office, but he pointed to the downward trend in homicides and shootings in Manhattan as a good sign, even as property crimes continue to rise.

The borough's top prosecutor said his office is handling property crimes similar to how they handled gun violence: by focusing on the small number of the worst offenders. For grand larcenies and crimes targeting businesses, Bragg said his office formed a small business alliance with the NYPD and shopkeepers in 2022 and is targeting both repeat offenders and fencing operations in which people flip stolen goods for profit.

"If you follow the money and the contraband, they'll lead you to the most culpable people," he said. "And then we have some people who are individually going in brazenly, and we're holding them accountable in traditional ways."

But, Bragg noted, "we have a lot of people coming out of the pandemic in particular, who have significant mental health issues, and substance use disorder."

His goal with that pool of offenders is to connect them with the appropriate services, including mental health court - an alternative path for some people charged with crimes, but one that is plagued by delays and high demand, a NY1 investigation revealed.

Bragg said his office has used forfeiture funding to funnel $9 million to community-based organizations working both to prevent struggling New Yorkers from interacting with the criminal justice system in the first place and provide mental health and substance abuse resources for those arraigned on criminal charges.

But the slow-moving, difficult-to-access mental health court system needs to be expanded from its current capacity of 50 cases at a time in Manhattan to at least 200 cases at a time, Bragg argued. He also said he hoped to reopen Midtown Manhattan Community Court, a court partly focused on quality-of-life offenses that shut down during the pandemic.

With the closure of Rikers Island slated for 2027, a rising population there has led city officials to question whether the Department of Correction will be able to reach its target goal of 3,300 inmates. As of December, the population climbed to 5,900 with DOC Commissioner Louis Molina speculating it could reach 7,000 by 2024.

Bragg said his office is working to "do our part so that the city can meet that objective."

"No one wants to spend a minute at Rikers. I've been at Rikers. The conditions there are very, very disconcerting," Bragg said. "In Manhattan, we have more work to do, but we're, again, sort of moving in the right direction."