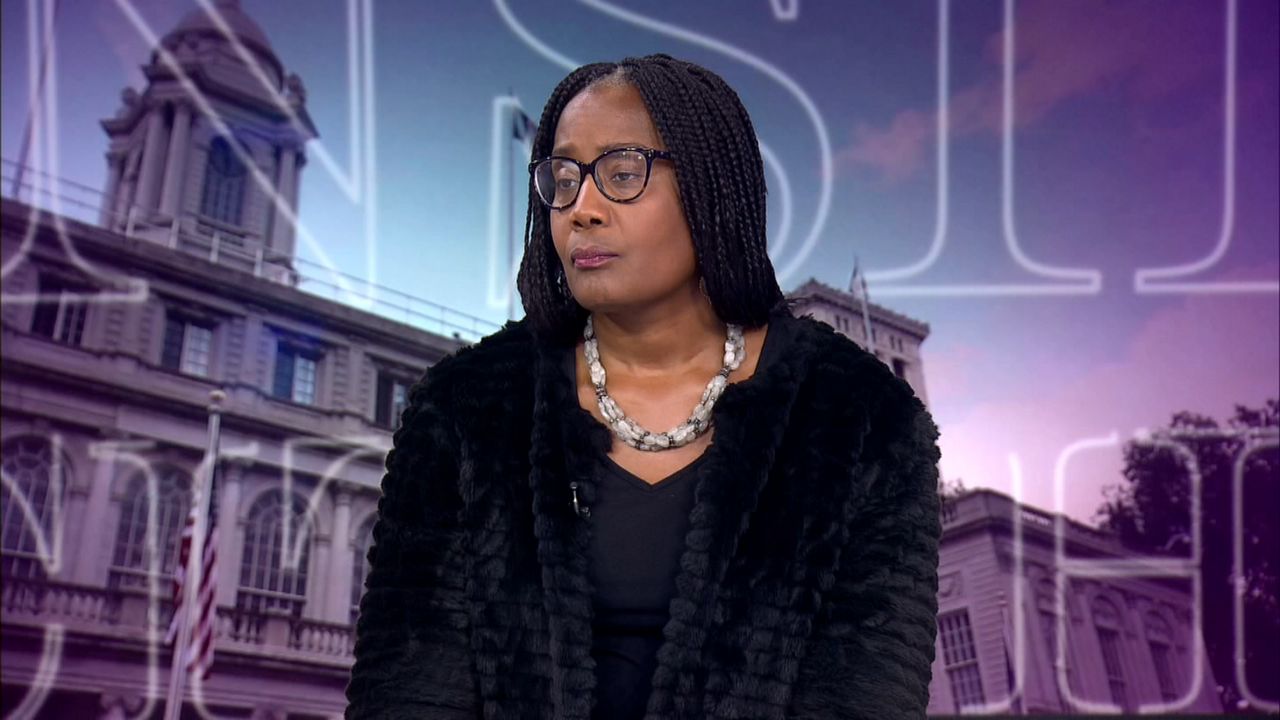 Arva Rice, the interim chair of the Civilian Complaint Review Board, joined Errol Louis on “Inside City Hall." (NY1 Photo)

Interim chair of CCRB talks about changes in NYPD

The NYPD is getting ready for some changes within the department.

In an internal memo obtained by NY1, Police Commissioner Keechant Sewell reduced or dismissed penalties recommended by internal police judges and the Civilian Complaint Review Board.

Arva Rice, the interim chair of the Civilian Complaint Review Board — an oversight agency in charge of investigating and recommending actions on complaints against NYPD officers — joined Errol Louis on “Inside City Hall” Friday to talk about the memo.

She said the administration before agreed on a discipline matrix, which was intended to look at discipline and have the idea of progressive discipline.

“When it was put together and put into place, we recognized that there might need to be amendments and changes, so I’m actually not surprised that at this point in time we’re looking back at the discipline matrix,” Rice said, adding that she urges the process is as transparent as it was the first time around.

According to Rice, she will meet with Sewell next week and wants “to continue to have a positive relationship with her” to continue making changes.

When asked about how Mayor Eric Adams and Sewell have done so far, she said Adams has been “consistent” in making public safety his number one priority and that he believes in accountability.

Rice said she applauds him for the selection of Sewell as the first African American female as the commissioner, but “I think there’s more work that needs to be done in this area and we look forward to continuing to partner with him and making sure that he’s successful.”