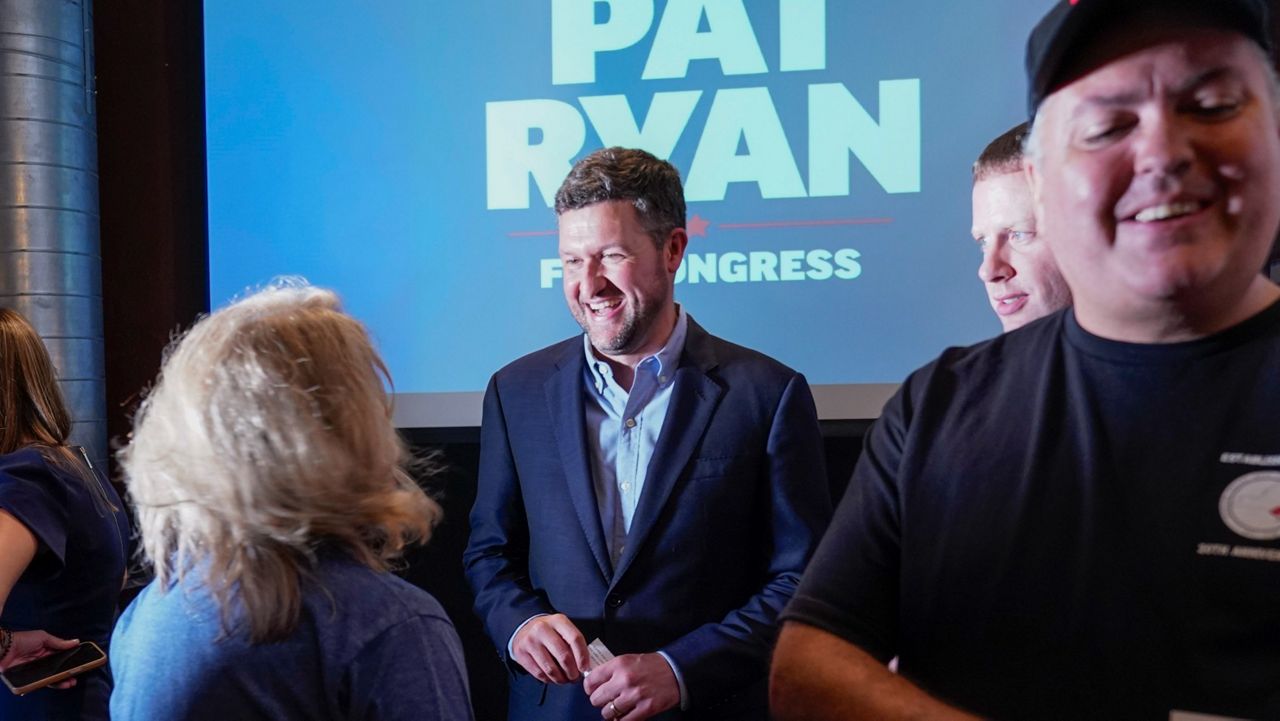 Rep. Pat Ryan on why freedom is a winning message for Democrats

The district Ryan won, NY-18, includes parts of Ulster, Orange and Dutchess counties. It was one of three competitive congressional races across the Hudson Valley.

During the campaign, President Joe Biden visited Poughkeepsie to announce a $20 billion investment by IBM, which Ryan says he is proud of.

“[Biden has] been delivering consistently for the American people. And when he came to the Hudson Valley, he announced a $20 billion investment,” Ryan told Errol Louis on “Inside City Hall” Wednesday night. “We were proud to have him come.”

Ryan’s November general election victory is his second in the past three months. He won a special election in August for a neighboring seat that was vacated by then-Rep. Antonio Delgado when he became lieutenant governor.

Ryan is a West Point graduate who served two tours in Iraq. As a member of the military, he took an oath to “support and defend [the] Constitution from enemies foreign and domestic,” he said. Ryan said Wednesday he felt the Jan. 6 riot went against that oath.

“To see fellow Americans storm the Capitol, kill law enforcement and undercut trust in our elections, we cannot stand by and let that happen. And I think that needs to transcend Democrat, Republican, independent. That is an American issue,” Ryan said.

And he has a harsh message for those who stormed the U.S. Capitol.

“Honestly, I think they are traitors,” Ryan said. “I think that they have conducted traitorous acts that, by any definition, undercut our whole system outlined explicitly in our Constitution. So we have to call that out when we see it. Because once you let that into the world and the ecosystem, it spreads, and we’re seeing that.”