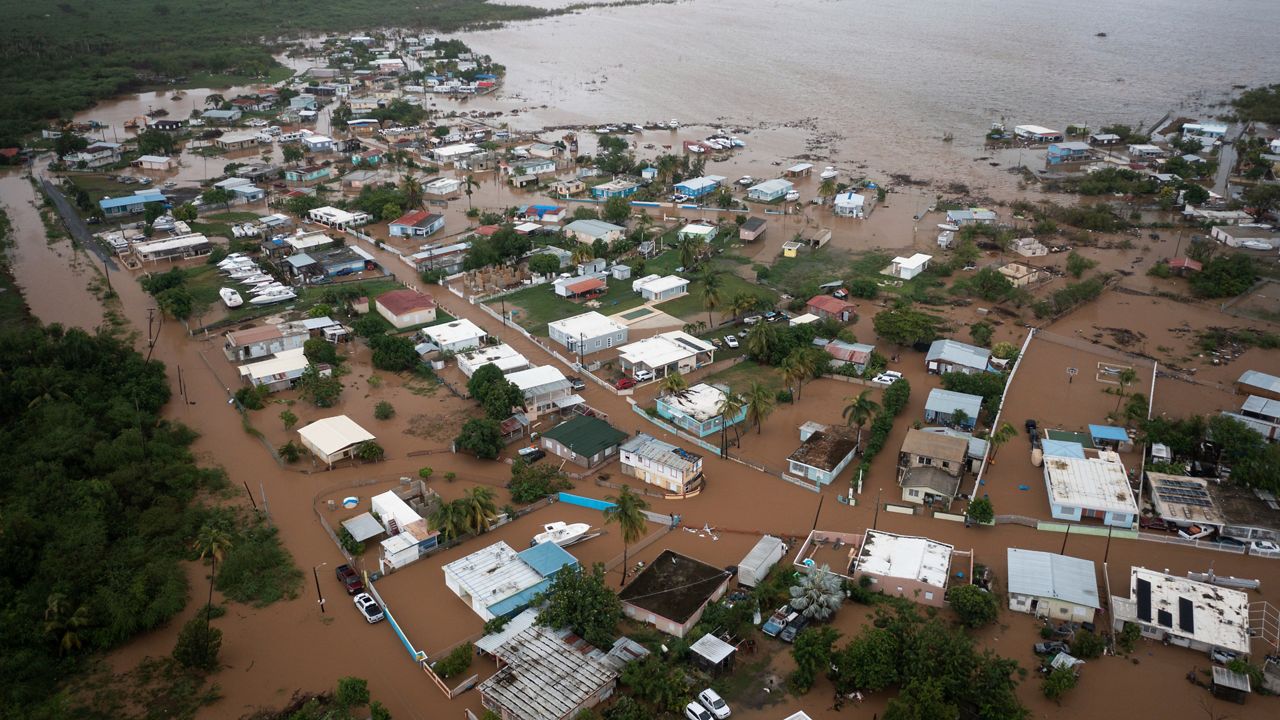 Homes are flooded on Salinas Beach on Monday, Sept. 19, 2022 after the passing of Hurricane Fiona. (AP Photo/Alejandro Granadillo)

Puerto Rican attorney Elizabeth Yeampierre joined Errol Louis on "Inside City Hall" Tuesday night to discuss how Puerto Rico is not just dealing with Hurricane Fiona, but corruption in government, too.

"I think that often people sort of smile smugly and act like the problem is really with Puerto Rican leadership without giving attention or drawing attention to the fact that a lot of this is U.S. corporate interests that are being protected in Puerto Rico at the expense of the lives of the people on the island," Yeampierres said. "Puerto Rico is in fact a colony and it is treated that way."

Yeampierre, who is currently the executive director of UPROSE, Brooklyn's oldest Latino community-based organization, also talked about the similarities between Fiona and Hurricane Maria, a deadly Category 5 hurricane that devastated Puerto Rico in September of 2017. She said that the country has not fully recovered from Maria five years later, with residents still dealing with power grid issues.