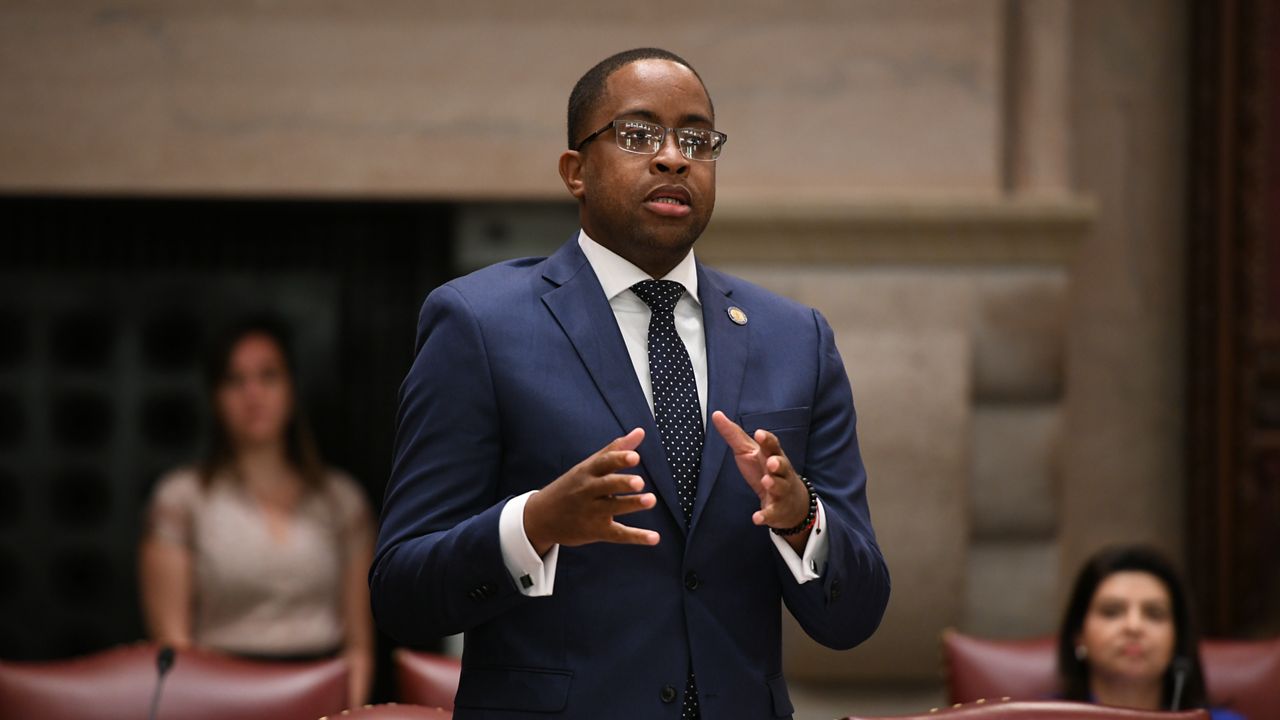 Zellnor Myrie wants to reframe the debate about bail reform

Brooklyn State Sen. Zellnor Myrie called Mayor Eric Adams’ criticisms of bail reform into question, arguing the desire for reform is not incompatible with working towards safety and decreased crime for New Yorkers.

“I think the implication from the mayor’s phrasing that no one is talking about the victims is that those of us who want to see fairness and justice in our legal system also don’t care about victims,” Myrie told Errol Louis on “Inside City Hall” Tuesday.

“I think it is an absurd position to hold,” Myrie added, saying he represents and works with the victims of crimes in his district while also supporting the criminal justice laws passed in Albany over the last few years.

The state Senator said his district has seen “considerable” amounts of violence and crime, but noted shootings have gone down in the precincts within the district that snakes through Brooklyn from Brownsville to Sunset Park.

Myrie credited community organizations, violence interruptors, and programs in collaboration with the Brooklyn district attorney’s office for contributing to the decrease in shootings.

“There is not one solution. There isn’t one particular thing that is responsible. It is a confluence of things,” Myrie said. “I hope the story that is happening in central Brooklyn is one that we can look into further and see where we can expand these levels of partnership around the city.”