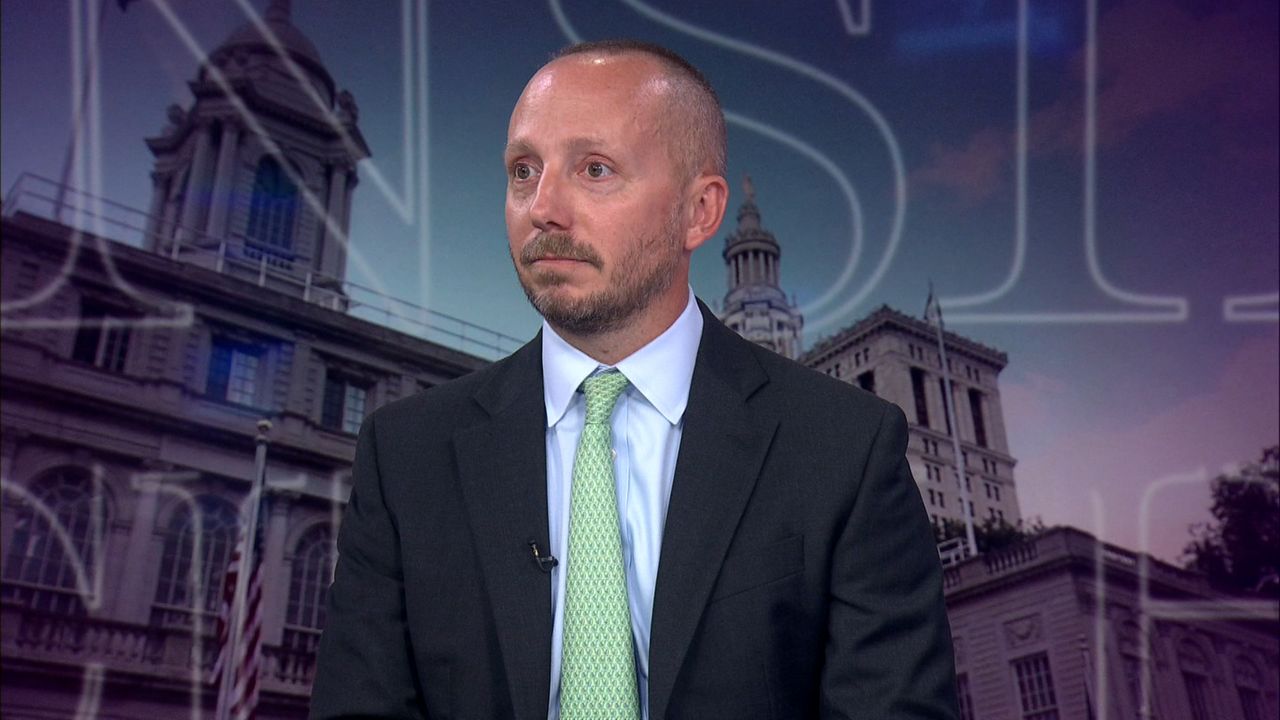 The state will send specially equipped Priuses into each community to collect data on greenhouse gas emissions and other pollutants to help officials craft strategies to tackle pollution in the communities affected most, Basil Seggos — the commissioner of the state’s Department of Environmental Conservation — told Errol Louis on “Inside City Hall” Wednesday.

“Upper Manhattan, the Bronx, the South Bronx, some of the worst air quality in the country. Parts of Buffalo, Niagara, Albany, really there’s these hotspots statewide we’ve got to put a focus on,” Seggos said. “The old way of monitoring for the air is just not working.”

The old method used by the state involved putting fixed monitoring devices atop buildings, but Seggos said the best way to measure is at the street-level. Now, 25 Priuses with sensors sticking out of the back windows will drive through the selected communities and process real-time data for policymakers to consider for climate change mitigation and public health purposes.

The other communities the state plans to monitor beginning this fall include Queens, Brooklyn, Rochester, Syracuse, Mount Vernon, Yonkers, and Hempstead, according to a release from the governor’s office.

“We expect to be able to micro-target problems as they exist at the street-level,” Seggos said. “The bus depot, for example, that’s impacting maybe a school group. The leaky pipe… that may be sending methane into the air. The factory. The sewage plant.”

Some problems — like a leaky Con Edison methane pipe — could be addressed quickly, with the state directing the appropriate agency or utility towards the problem, Seggos said. Others, like a bus depot with vehicles spewing exhaust, will take longer if the solution is electrifying the fleet, he added. The hope is the new system of monitoring pollution will give the state the information it needs to more precisely direct resources.

“Until we know exactly where to put those dollars, we’re sort of chasing the speculative on that,” Seggos said.

Seggos called the Supreme Court’s recent decision limiting the ability of the Environmental Protection Agency to regulate greenhouse gasses “devastating.” But, he said, the state government is still trying to determine the exact impacts the ruling will have on New York.

The biggest challenge, according to Seggos, could be future Supreme Court decisions on climate change and environmental policies.

“You have the federal government essentially taken out of the picture in the short-term and it signals a Supreme Court that may be increasingly muscular,” Seggos said. "This is now a new 40-year concern that we have.”

In the meantime, Seggos believes utilities and private power companies will “recognize this is a serious, existential issue” and will move towards renewable energy production with influence from stockholders, the state government, and market forces.

The controversial Greenidge Generation plant has become a public target of environmental advocates because of the significant amount of power required to run the computers necessary for creating new bitcoins.

Seggos said factors that lead to the decision included the plant’s emissions tripled in its two years of operation and the fact that the plant was initially given a permit as a peaker plant, facilities that provide extra energy to the power grid during times of high demand.

Hochul is considering signing a bill that would place a two-year moratorium on certain kinds of energy-intensive cryptocurrency mining across the state.