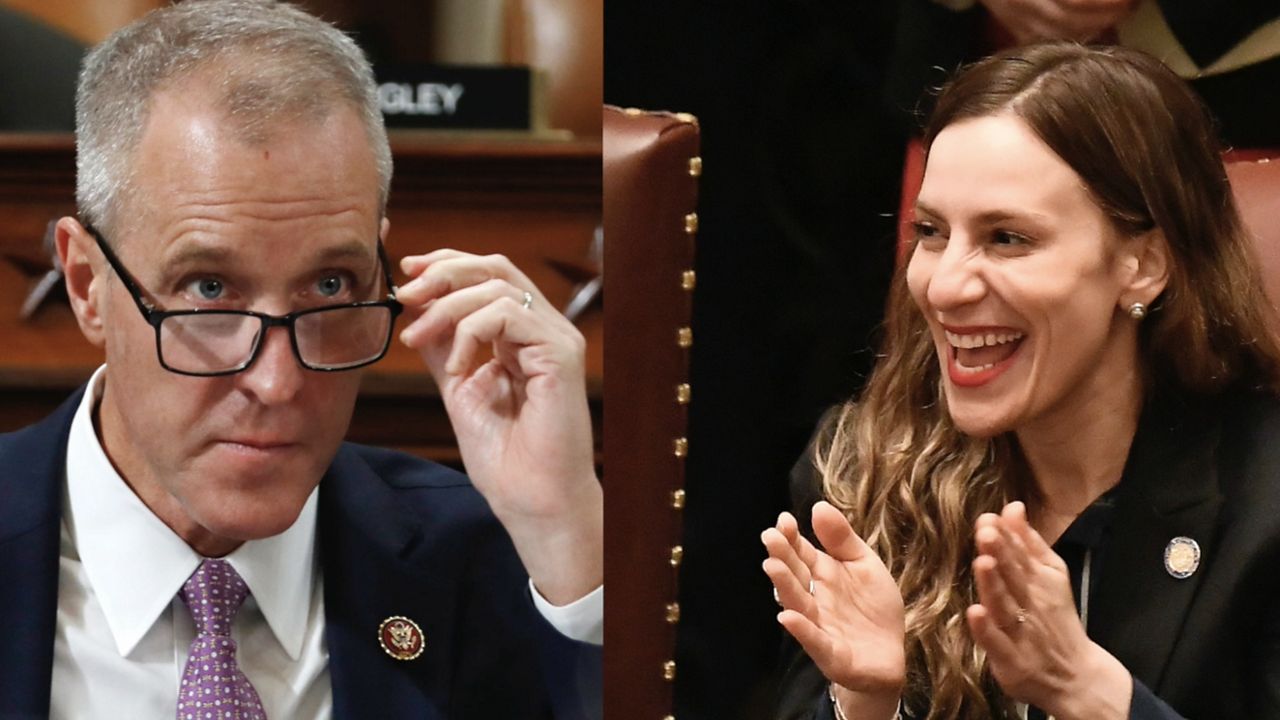 In 2018, Alessandra Biaggi ran against a powerful Albany Democrat progressives viewed as an obstruction to the priorities of the Democratic Party in New York. In a proxy war between the insurgent left wing of the party and much of the establishment, the former Hilary Clinton campaign hand won by nearly 10 points.

Four years later, the state senator is again finding herself in opposition of a powerful Democrat, this time Democratic Congressional Campaign Committee Chair Sean Patrick Maloney, in a primary that is shaping up to be the latest electoral battle between New York’s progressive and establishment wings.

On Tuesday, Biaggi picked up the endorsement from one of the country’s most well-known progressives: Bronx and Queens Rep. Alexandria Ocasio-Cortez.

“She really is the standard bearer, in a way, for the progressive wing of the party. And I think that it’s really a clear signal to others that we are the campaign that is fighting for working people,” Biaggi told Bobby Cuza on “Inside City Hall” Tuesday. “What her support indicates is really that this is an important fight to take on for this party.”

“She was a real game-changer in my race when I ran in 2018 for the New York state Senate,” Biaggi added.

Before she even first took office, Ocasio-Cortez endorsed Biaggi in her 2018 primary challenge of state Sen. Jeff Klein, who lead a breakaway faction of Democrats that partnered with state Senate Republicans to control the state legislature’s upper house.

“We have an incredible opportunity to continue building progressive power by electing Alessandra,” Ocasio-Cortez wrote in a fundraising email Tuesday. “Alessandra has been here before - she knows what it takes to go up against powerful opponents and win.”

Maloney pointed to his support within the district in response to Ocasio-Cortez's endorsement.

“I respect Rep. Ocasio-Cortez and have worked with her on a number of policy matters, including as a co-sponsor of the Green New Deal. But, on her endorsement, we are going to have to agree to disagree," Maloney said in a statement. "This election comes down to voters in NY-17, and I am honored to have received overwhelming support locally, including endorsements from nearly 40 elected leaders and democratic party committees.”

Biaggi, after dropping out of the race for New York’s 3rd congressional district, said she decided to run in NY-17 when Maloney opted to leave behind the district he represented since 2012 in favor a slightly bluer district currently represented by Rep. Mondaire Jones. Jones opted to run in NY-10, a Lower Manhattan and Brooklyn congressional district.

“I think that frankly that sends a terrible message, not only just to Democrats in New York, but to Democrats across the country who are going to be fighting incredibly hard to hold onto their districts,” Biaggi said of Maloney’s decision. “We can’t have the head of our campaign arm for the House of Representatives running away from tough fights.”

NY-17 encompasses parts of Westchester, Rockland, Putnam, and Duchess counties. Biaggi currently represents parts of the Bronx and Westchester, but there is no overlap with the district she seeks to represent. Biaggi said she plans to move into the district within the next few weeks.