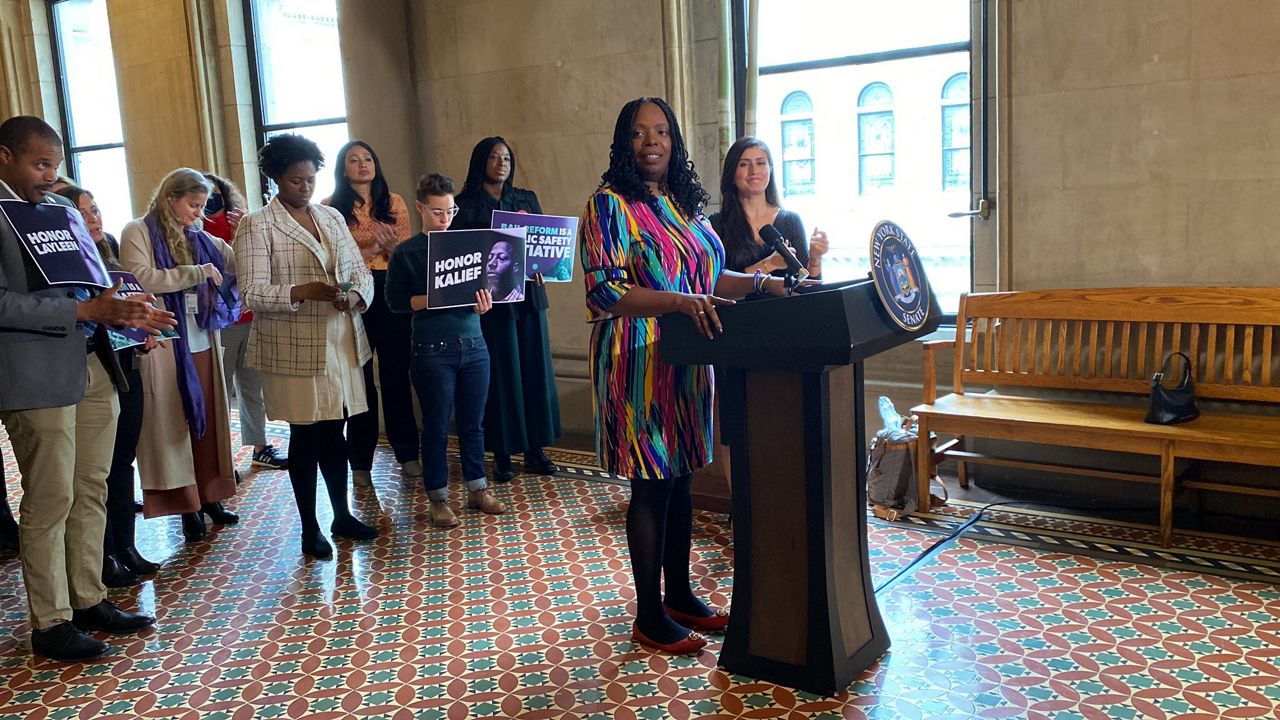 Amid a nine-day hunger strike, Assemblywoman Latrice Walker told Errol Louis on “Inside City Hall” Wednesday she took the drastic measure to emphasize the seriousness of the damage she believes will occur if the legislature rolls back bail reform.

She noted the dangers of incarceration, pointing to the deaths of two Rikers Island inmates in the days before Gov. Kathy Hochul released her ten-point public safety plan.

“Whatever it is that I’m feeling in my body couldn’t compare to what these two individuals have been experiencing,” Walker said. “This is a severe situation. It’s a critical moment. It’s a moment where they’re not just trying to take our criminal justice laws back to where they were.”

“They’re trying to take it to a place where criminal justice has never been in our community,” Walker added. Adding a dangerousness standard or allowing judges more discretion in setting bail, as Hochul proposed, would lead to biased rulings against marginalized New Yorkers, she said, citing a 2020 report from the state’s court administration office.

Walker began her hunger strike on March 22 in protest of proposed changes to the reforms that ended cash bail for many criminal charges, first passed in 2019. Walker was a sponsor of the law beginning in 2018, when it first passed the Assembly and was stymied by the Republican-controlled state Senate.

Walker says she’s been taking vitamins, drinking water, Gatorade, tea, and recently added bone broth to her routine as she enters her second week of the strike. Budget discussions continued late into the night Wednesday ahead of a Friday deadline.

“Hopefully people will understand that based on the fact that I am putting my life and my body on the line that we can really recognize how serious and momentous of an occasion this is,” Walker said.

Assemblywoman Latrice Walker says she is on day nine of a hunger strike amid the push to make changes to the state’s bail law pic.twitter.com/drZefcUPut

Walker said she was willing to discuss technical changes to cover any gaps in the law, but major changes to the core of the law are a nonstarter. She said she does not want the state budget to “be held hostage based on the misinformation being fed to the people of the state of New York.”

Instead, she supports point eight of Hochul’s public safety plan, which would introduce $83.4 million in new funding to address gun violence and support pretrial services, including diversion and employment programs. She also supports point ten, which would commit $21 million for mental health programs.

“We have a problem with guns in our community, it’s not a bail reform problem,” Walker said. "We all want to be safe, but we also want to make sure that we have a sensitive balancing test with respect to the civil rights of the people."