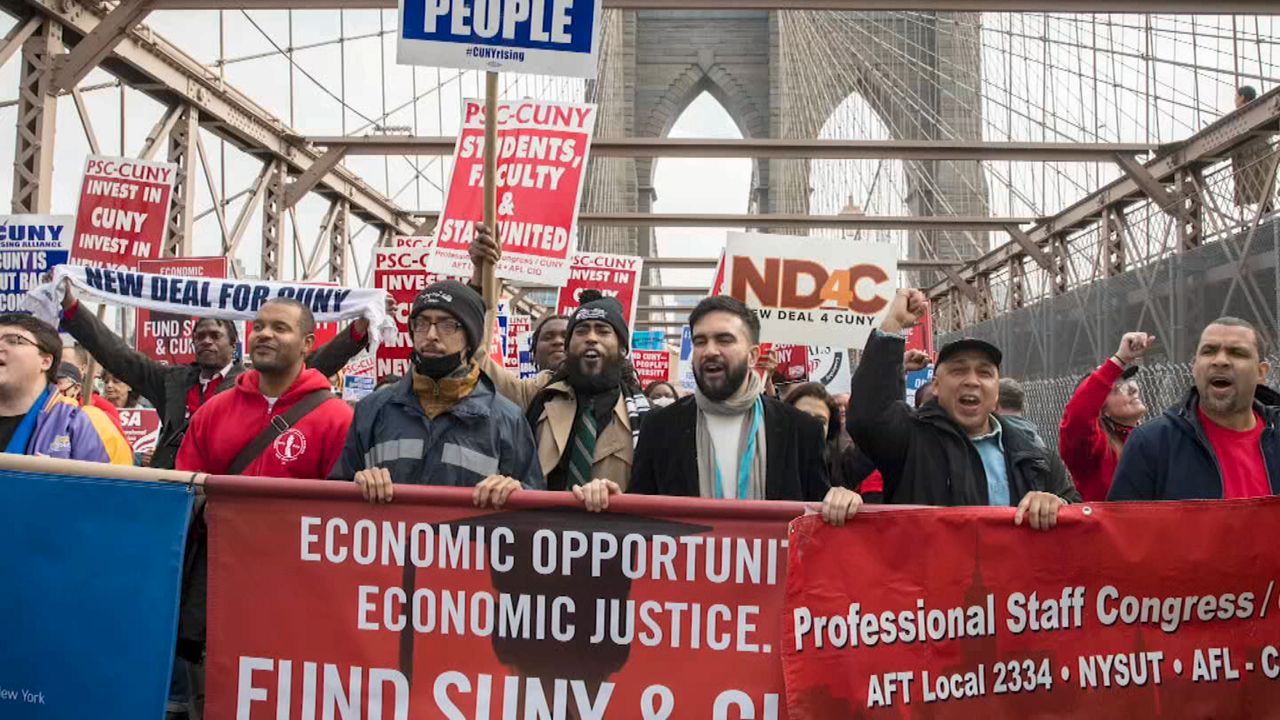 As this year’s state budget negotiations continue, students and staff of the City University of New York are pushing for increased funding.

This week, the City Council overwhelmingly approved a resolution calling for Governor Hochul to pass the “New Deal for CUNY,” a $1.7 billion reinvestment program spanning five years that would eliminate tuition for in-state undergraduate students, hire more faculty and staff, and repair crumbling infrastructure, among other goals.

In an interview with NY1 political anchor Errol Louis, James Davis, president of a union that represents over 30,000 CUNY faculty and professional staff, discussed these demands and how he thinks they would benefit not just CUNY affiliates, but also the entire city.

CUNY schools, which are “anchor institutions” in their neighborhoods, according to Davis, serve largely low-income, first-generation students and require transformative investment in order to continue their mission of education and empowerment.