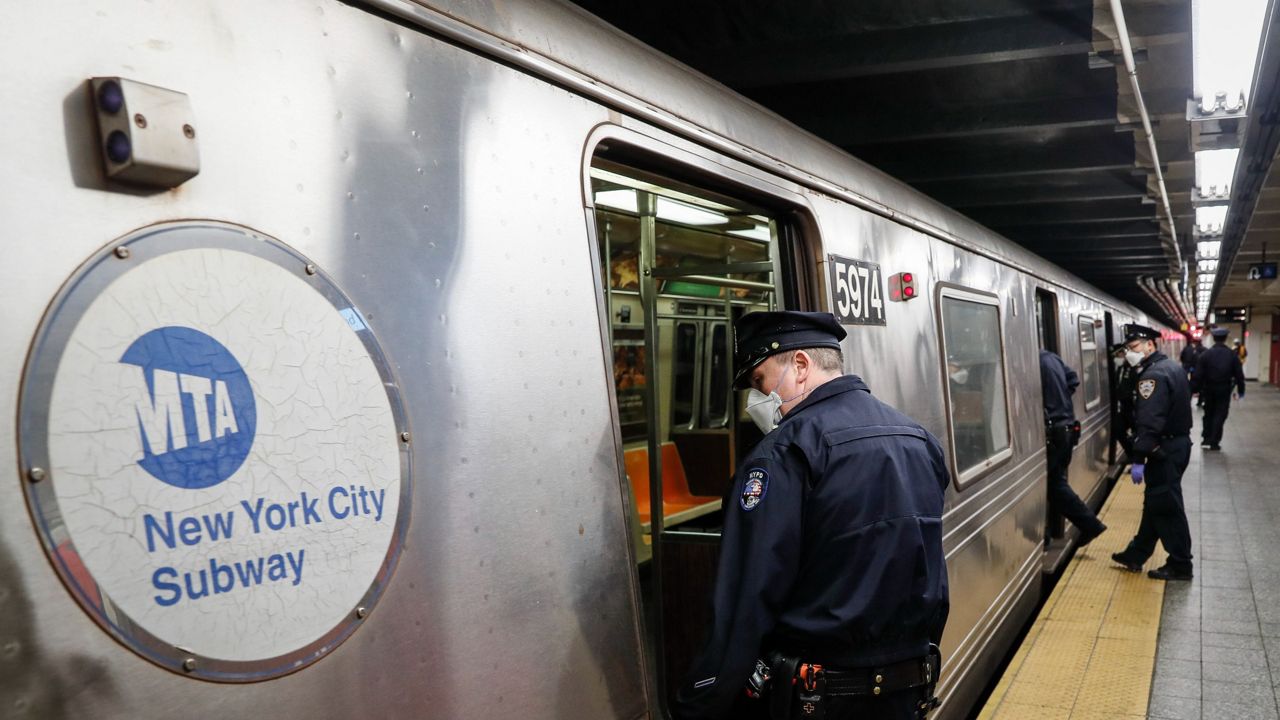 NYPD and MTA officers wake up sleeping passengers and direct them to the exits at the 207th Street A-train station, Thursday, April 30, 2020, in the Manhattan borough of New York. (AP Photo/John Minchillo)

After briefly touching on her experience meeting President Joe Biden during his visit to the city on Thursday, Brooks-Powers offered insight into her plans to make public transportation around the five boroughs more efficient and affordable. Poor access to reliable transportation that leads to centers of economic activity, she said, has long been a historical barrier for low-income and minority communities.

Additionally, Brooks-Powers, who’s also the council’s majority whip, talked about her plans for her first 100 days in office, which include touring her colleagues’ districts to hear from community stakeholders about their transportation concerns. She also said she’s planning on meeting with her own constituents to discuss a possible expansion of ferry services into Downtown Far Rockaway.