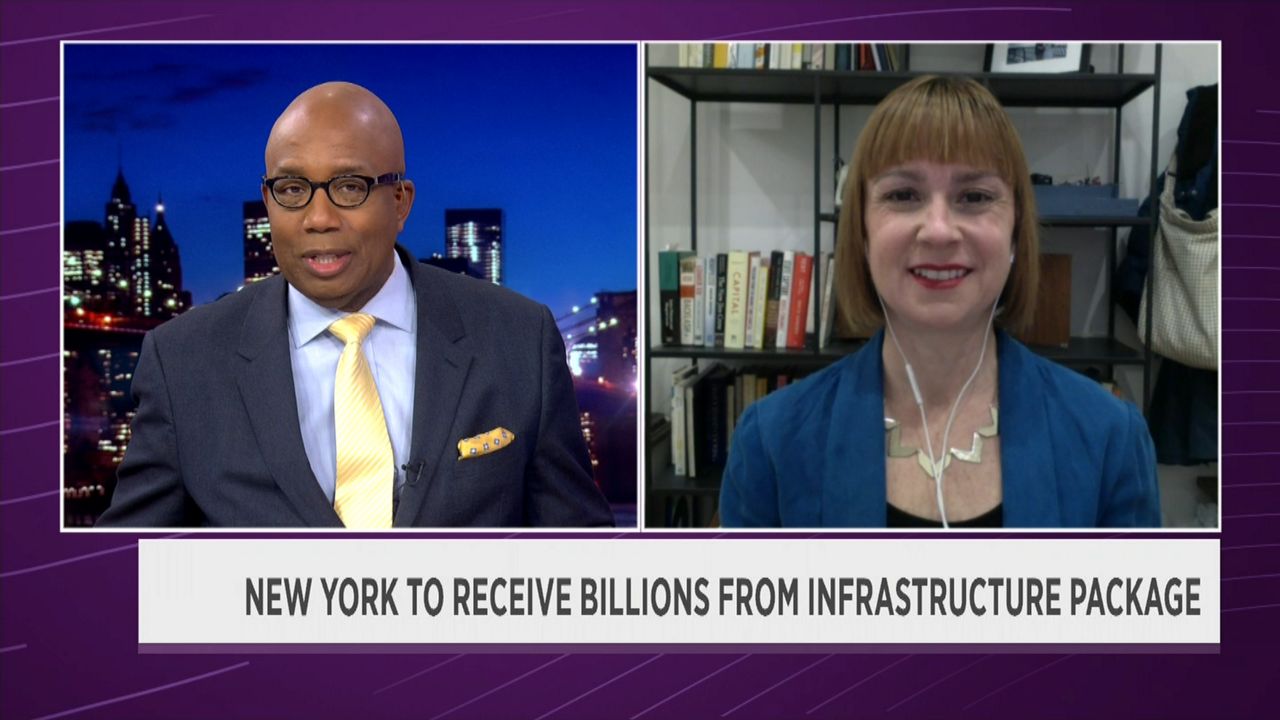 What the $1.2 trillion infrastructure law will mean for New Yorkers

After signing the $1.2 trillion infrastructure bill into law Monday, President Joe Biden took his political victory on the road to New Hampshire, touting the law's benefits, which is expected to bring major funding to city infrastructure systems.

Economic journalist Bryce Covert, who’s a contributing writer for The Nation, joined Errol Louis on “Inside City Hall” on Tuesday to break down what this massive infrastructure investment means for New York’s economy.